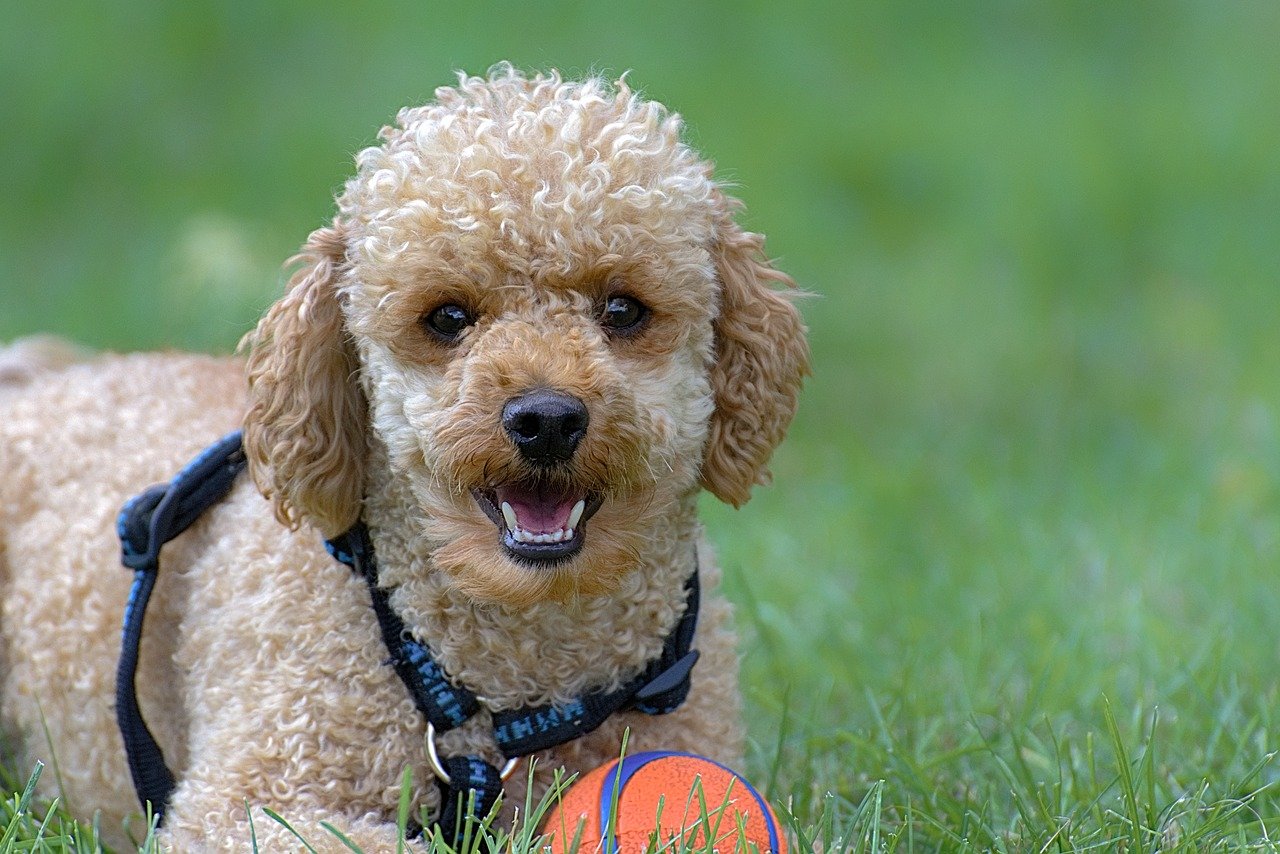 Clipped hair, luxurious coat, regal looking — these posh characteristics immediately bring to mind the Mini Poodle. It’s among the most popular dog breeds. But you’ll be surprised to learn that these diva pets were initially bred as hunting dogs. Ducks, birds, anything the hunters can shoot, these dogs find and retrieve.

Although seen as a fashion stance, even the clipped hair had its purposes back in the days — to protect vulnerable parts from the cold and ease swimming.

But due to their noble look and super intelligence, the Poodles, especially the miniature ones, are nowadays bred more like lap dogs and indoor pets than hunters.

Let’s find out more about the Mini Poodle size, personality, and origin. We’ll cover the following:

The Miniature Poodle at Glance

The perfect combination of smartness and elegance prompted the Poodle from water retriever dog to circus assistant to popular lap dog. Their friendliness and happiness are so contagious that they’re one of the most wanted pets worldwide.

If you consider taking a Poodle into your household, here are the most important characteristics to have in mind:

We’ll dive deeper into the Poodle breed and personality below.

Breed Details and Characteristics — What Makes a Poodle?

Are Mini Poodles aggressive? Or are they good pets? Aside from the fact that they can growl at strangers if not trained and socialized early in life, there’s almost no other negative characteristic associated with Mini Poodles.

So don’t let their regal beauty and posh walking style deceive you. These beautiful creatures are not all about looks. On the contrary, according to the book “The Intelligence of Dogs,” written by the veteran dog expert Stanley Coren, they’re the second most intelligent dog breed.

The Mini Poodle is easy to train and very loyal to its owners, making them excellent service dogs. Since they’re small, with minimal dog odor and shedding, Poodles don’t need much special care. Still, they have a high-maintenance coat that needs regular brushing and grooming.

If your pet has your attention, and you keep it busy, your Poodle will be among the happiest creatures alive. They’ll love to play fetch with you all day long.

Is It France or Germany? Where Are the Poodle Origins?

Despite that Poodles are the national dogs of France, the breed origins are in Germany. Reportedly, the Standard Poodle was bred by the Germans 400 years ago, back in the 17th century.

But the Miniature Poodle is considered bred by the French, particularly the French circus people, who sized down the standard version to ease transportation. Hence the confusion.

What distinguishes the Poodle as a German dog breed, is the name. It derives from the German word “Pudel,” meaning “to splash in the water.” Rightfully so, as Poodles are also popular as water dogs, and they truly love swimming.

Before growing widely popular as lap dogs, the first purpose of Poodles was to retrieve — shot birds, lost arrows, and bolts.

Later, mostly because of their intelligence and beauty, the dogs became an icon of the French circus exhibitors. That’s when the Poodle became widely popular and caught the eyes of breeders and dog lovers. Until 1907 the mini version bred by circus people was considered a Mini Toy Poodle. Reportedly, the origins of what we nowadays consider a Toy Poodle are found later in the 20th century.

Since then, many breeders have tried to even down the size of the Toy Poodle. They wanted to create a Mini Teacup Poodle but abandoned the concept due to many genetic abnormalities involved in breeding. Although considered unethical even today, you can still find Teacup Poodles in some places.

Toy Poodle vs Mini Poodle? Which One Is the Best?

When it comes to personality, Poodles are all brilliant. They’re easily trainable and eager to learn. Still, some traits differ.

The Toy Poodle is an excellent choice for an indoor person looking for a lap dog. Even though all Poodles are lovable and friendly, the toy version is different in two ways. First, if not trained and socialized early, they can be aggressive toward strangers and other pets. Also, they’re better for people with older kids, rather than a house with smaller children. When it comes to exercise, indoor activities might be sufficient for the Toy Poodle, although it’s best to add some short walks outside.

The Miniature Poodle is a fabulous family pet, too. Reportedly, they make outstanding bonds with every family member that will keep them active physically and mentally. Unlike Toy Poodles, they’re excellent pets with kids of all ages. But indoor activities won’t be enough for these working dogs. They need more exercise outside, whether that’s in the yard or park.

Today, we still use the Standard Poodle as a water retriever dog. It’s an excellent pet pal for people that swim or do water activities frequently. These dogs need extra physical activities as they have more energy compared to the toy and miniature versions.

Due to their elegance and intelligence, Poodles are crossbred with other dogs, too. Reportedly, they’re among the first dogs that humans mixed. Among the most popular of them is the Cavapoo — a cross between a Poodle and a Cavalier King Charles Spaniel.

Other popular Poodle mixed breeds include:

If a Mini Poodle Was a Person, What Kind of a Person Would It Be?

A smarty-pants with hot looks! So they need many mental and physical activities to keep their brain active and their body in shape. Once properly cared for, Poodles become the most loveable, loyal, and happy dogs.

The Poodle is a very adaptable dog. It makes them perfect companion dogs for people living in a house with a yard or apartment. Since they bark quite a lot and can growl at strangers, to some extent, they can be good watchdogs, too.

These dogs are amazing with kids, and they’d love to spend the whole day long playing with them. It’s part of the Miniature Poodle temperament and an excellent way to burn their high energy. Last but not least, they’re outgoing pets that are quite energetic and love to play around, do tricks, and swim.

Bear in mind that they’re high-maintenance dogs, even if they don’t shed. It’s best to take your Poodle for professional grooming once a month. If that seems too much, consider learning to groom your dog at home. But regardless of their curly and dense coat, these dogs are hypoallergenic.

Here’s a list of the main features of the Miniature Poodle personality:

How Healthy Are Mini Poodles?

It depends whether you’re taking your Mini Poodle puppy from a breeder or shelter. In any case, you should always try to find out what you can about the history of your new pet.

Generally, Poodles are healthy dogs. But the breed is still prone to orthopedic issues, eye problems, and hip dysplasia.

So, according to the National Breed Club, you should run the following tests yearly to keep your pet in good health:

Aside from these, there are other potential issues you should have in mind.

The pure bred Miniature Poodle can develop seizures when it’s fully grown. They mostly happen due to the following issues:

Seek immediate help from the vet if your Poodle has a seizure.

Poodles tend to have several digestive disorders. Bloating is the most common. That’s when gas is trapped in the digestive system and enlarges the belly. Once that happens, immediate intervention by the owner or vet is required, as it can be fatal for the Poodle.

Although it might seem like inflammatory bowel disease, another common issue with Poodles is Addison’s disease. It develops due to cortisol and aldosterone deficiency.  It’s treatable with medications and injections on early detection, and it won’t affect the Mini Poodle lifespan much.

Another common condition is Cushon’s disease. It happens when the dog’s body produces more cortisol. That hormone helps the canine body to respond to stress and sugar blood levels. Since early detection is challenging, it’s best to talk to the vet if your dog shows any abnormal conditions. Some signs include your pet being thirstier, hungrier, and peeing frequently.

As the Poodle gets older, the possibility of thyroid issues increases. There are two conditions — increased (hyperthyroidism) or decreased (hypothyroidism) production of the thyroid hormone called thyroxine. It’s essential for the Poodle’s metabolism. Also, it helps with the function of vital organs like the brain, liver, kidneys, and heart.

Reportedly, hypothyroidism is more common for Poodles. You spot the early signs by observing the Miniature Poodle behavior. Some symptoms include lack of interest in playing, sleepiness, weight gain, and aggression.

What Should Mini Poodles Eat?

Generally, Poodles should follow a balanced diet appropriate for the breed and your dog’s age. High-quality food, whether manufactured or home-prepared, is essential for your pet. Also, your dog should always have access to fresh and clean water.

The Mini Poodle standards are ¾ to one cup of high-quality dry food divided into two meals. Still, every dog has individual needs, depending on age, weight, and activity.

Since Poodles prefer to eat mostly when they’re hungry, they might seem like picky eaters. If you’re concerned that your Poodle isn’t eating enough, consider its weight, standard intake, and activity. Also, be aware of your dog’s snacks during the day. They shouldn’t exceed more than 10% of their diet. But if nothing helps, consider getting dog food for picky eaters.

Since Poodles are prone to digestive issues, it’s vital to choose their food carefully. Diabetic dog food might also be a good option for their sensitive stomachs.

How to Choose Your Poodle?

The Mini Poodle is among the most popular dog breeds worldwide, ranked 7 out of 197, according to the AKC Breed Popularity Ranking.

It’s utterly important to know the breeder you’re buying your Poodle from. It should either be a reputable Mini Poodle breeder or one that’s recommended by someone you know. If possible, always ask as many questions as possible about the parents and their health.

As important the breeder’s reputation is, your habits are just as crucial, too. The Mini Poodle is the most suitable for owners who are frequently home. These dogs need attention, or they can develop separation anxiety. Ideally, the best owner for a Mini Poodle would be an outdoor person that loves to take walks in the park and play fetch with their Poodle. Does that sound like you?

Gabriela Delova is an experienced journalist and content writer. Passionate about words and storytelling, she has written hundreds of articles on different topics. While she’s ever curious about the latest developments in technology and the galaxy, she’s also a hopeless animal lover. Gabriela has adopted three abandoned dogs so far. She’s currently a devoted and proud parent of the five-year-old beagle Ava and the two-year-old toddler Jovan.

How to Take Care of a Dog? Dog Care Tips & Tools 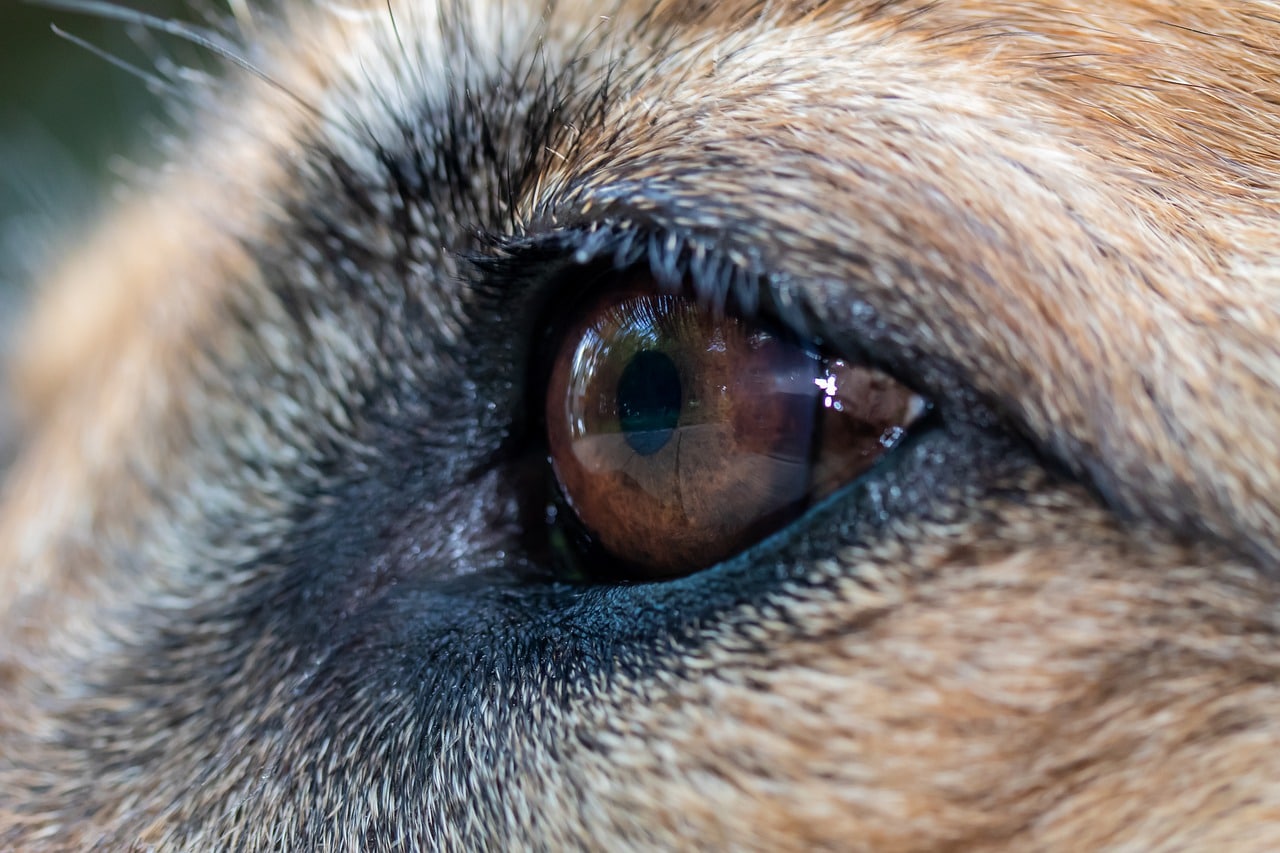 Read More
DDog
If you have a dog, you’ve probably noticed even the tiniest details about that adorable face. You might… 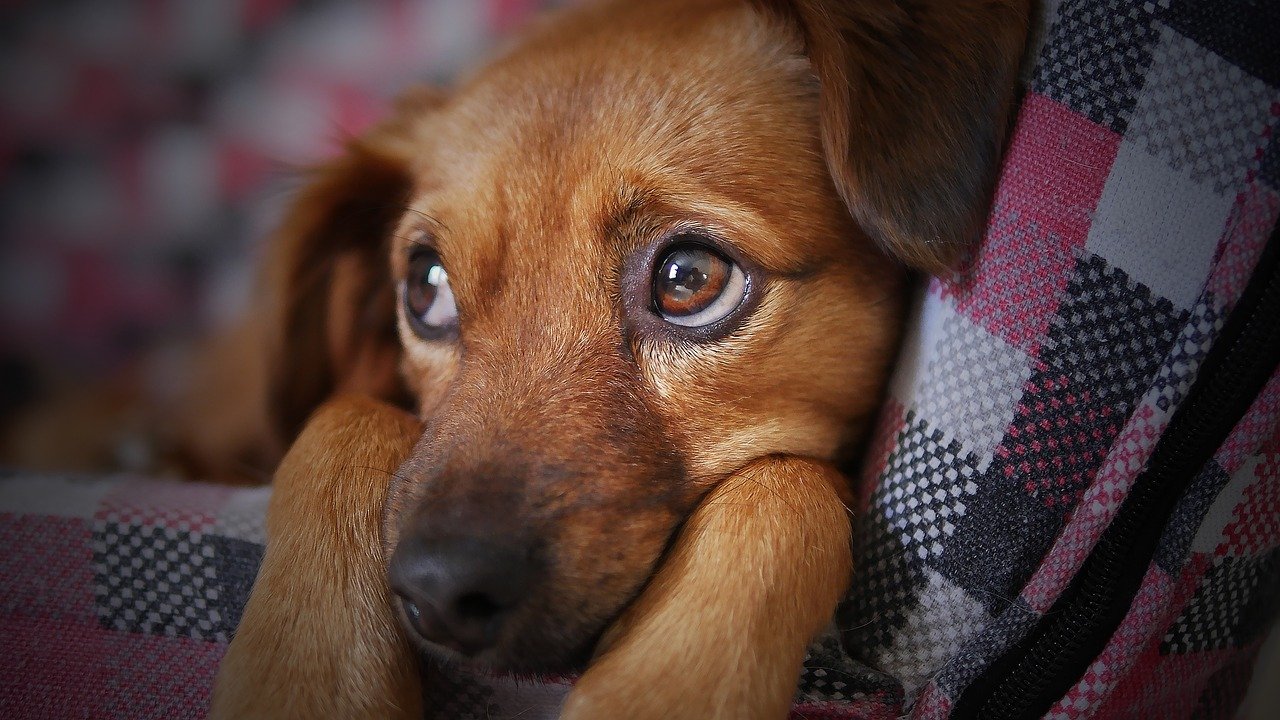 Read More
DDog
Many dogs experience depression and sadness throughout their life. If your pet is making an adorable “puppy face,”… 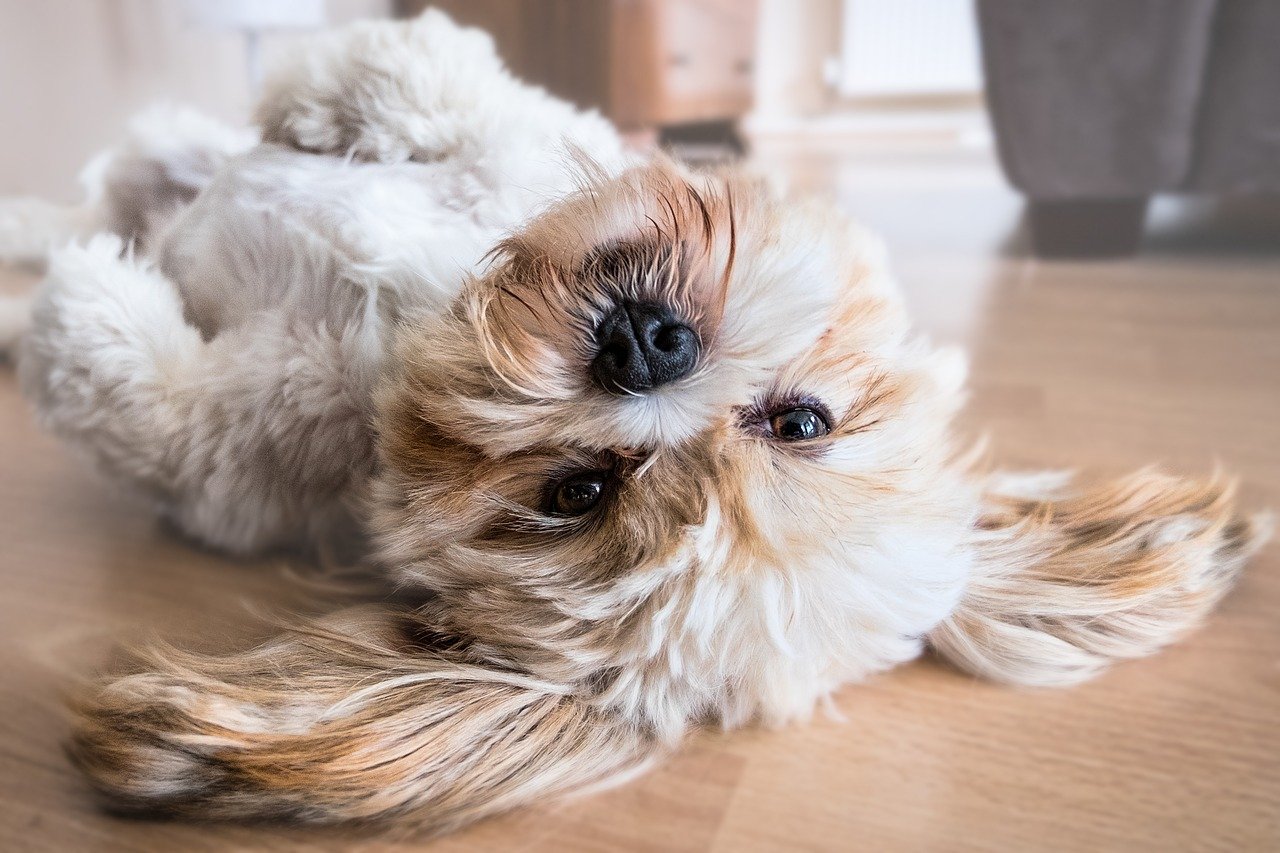 Read More
DDog
Dogs are humans’ indisputable best friends. The love for canines is especially evident in the US, where 63.4… 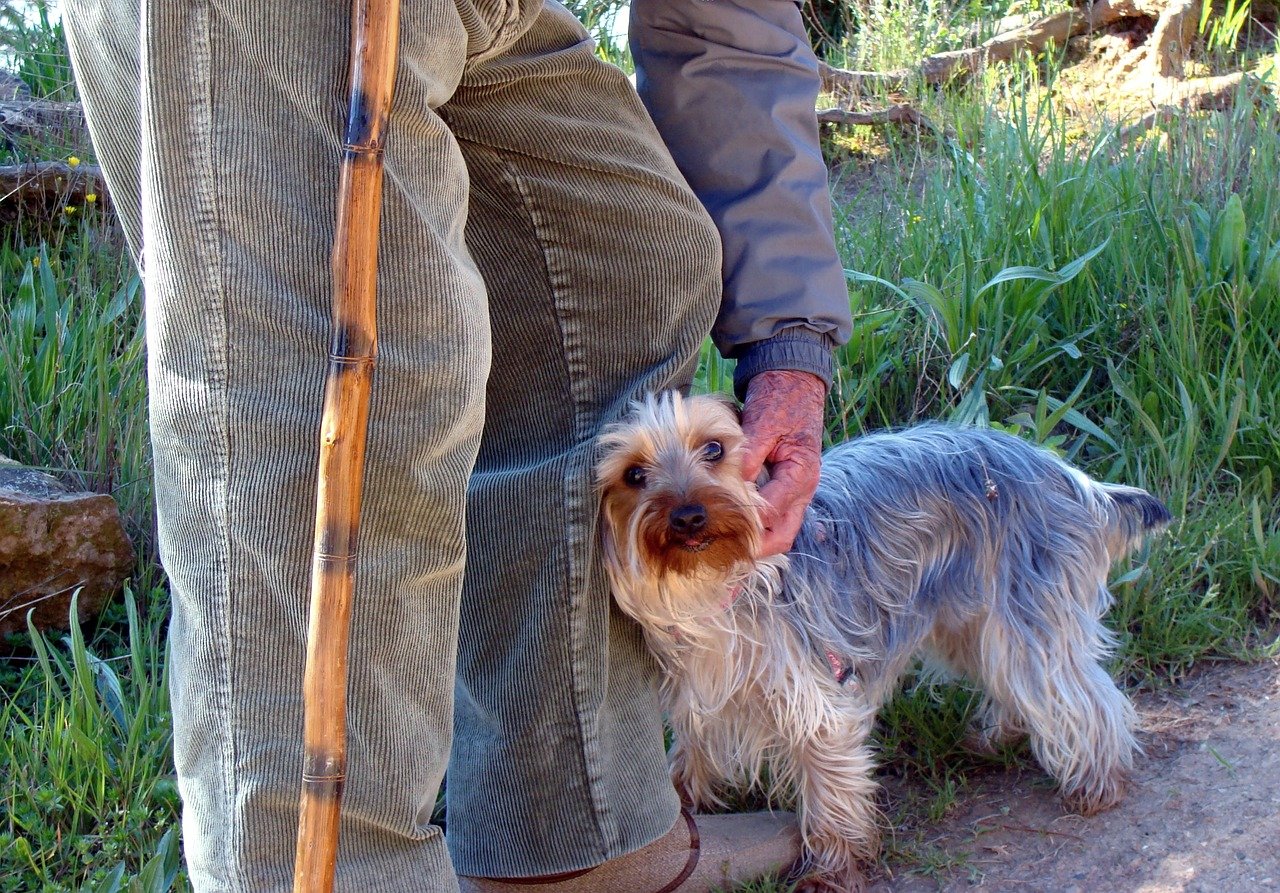 Read More
DDog
Loneliness, social isolation, and boredom are among the most significant social issues senior people share. But having one… 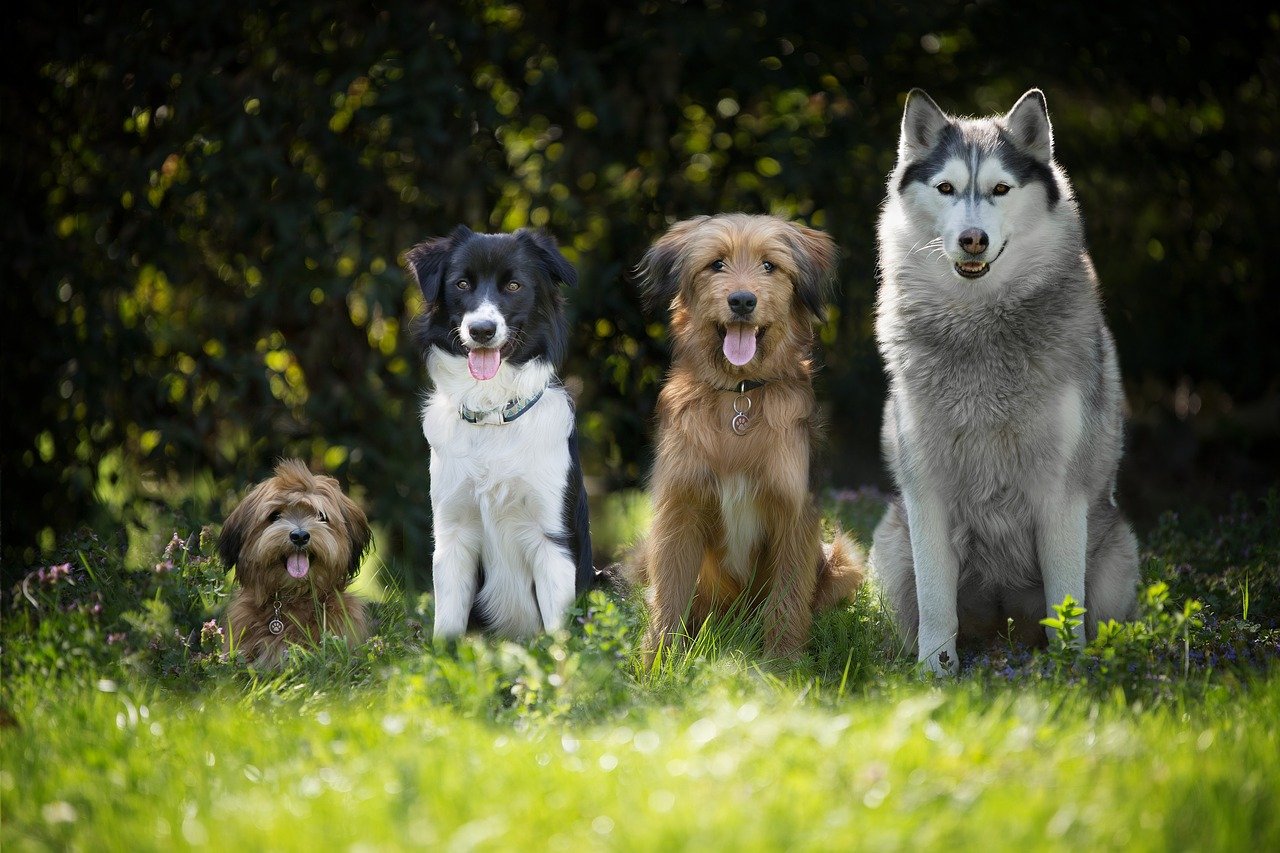 Read More
DDog
Are you looking for the best guard dogs? With so many breeds and information, it can be challenging… 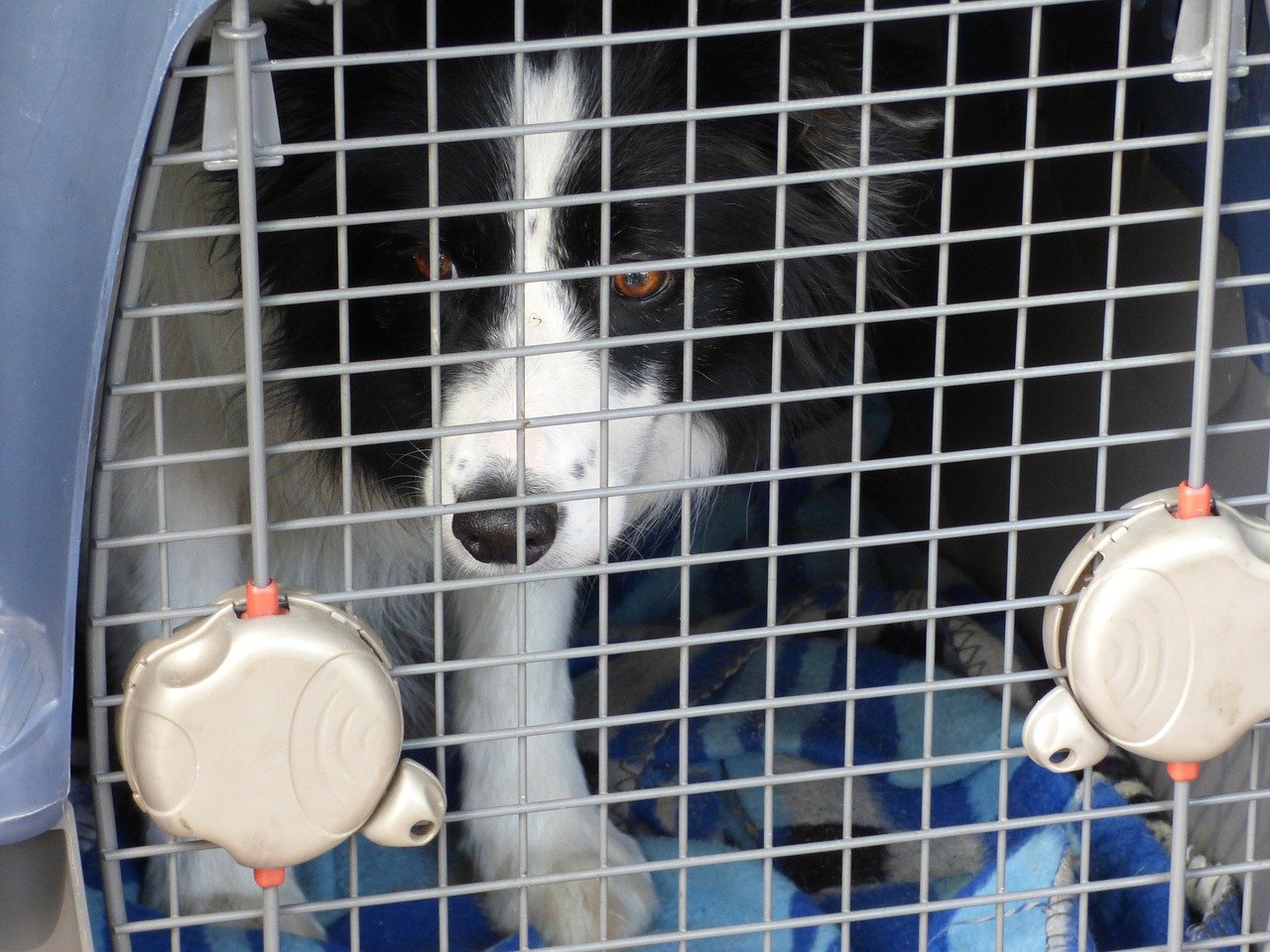 Read More
DDog
Can you imagine flying with a dog as a fun experience for both of you? With proper preparation,…