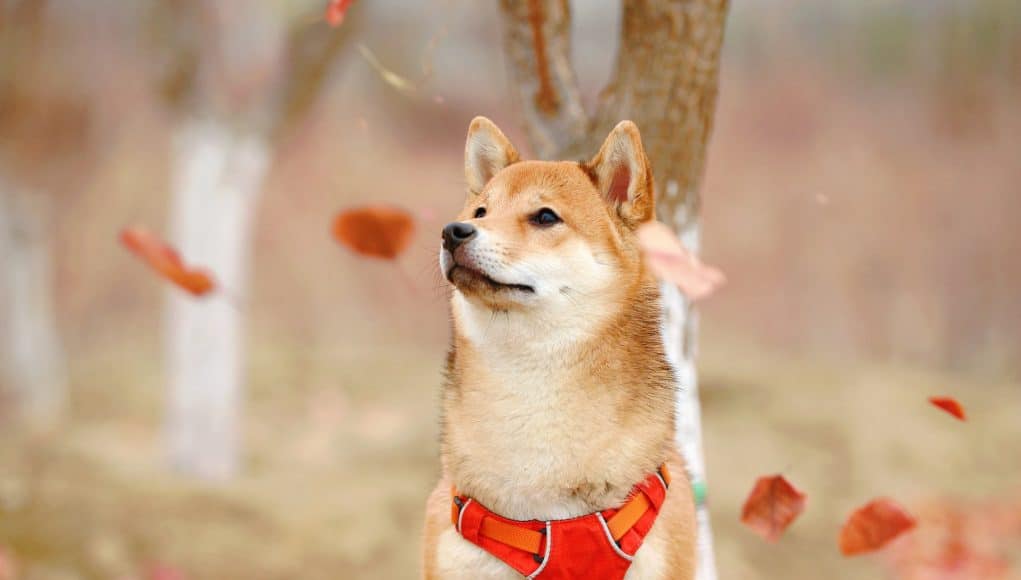 Have you seen the blockbuster movie Hachi: A Dog’s Tale? If you have, you surely remember the famous dog Hachiko. But did you know that Hachi represents one of the oldest Japanese dog breeds — the Akita Inu?

The faraway island of Japan isn’t only famous for its ancient culture and mythology but also for its trendy dog breeds. Their exotic nature and unique nature draw dog lovers worldwide.

Let’s explore the most acclaimed Japanese dogs together.

Nihon-ken is the general name of the six famous dog breeds from Japan. According to the Japanese Dog Preservation Society, the list includes:

Aside from these authentic breeds, other popular Japanese dog breeds also have fans worldwide:

Depending on the breed, the dogs are bred as lap dogs or hunters. Unsurprisingly, the Japanese are very proud of their puppies, to the extent that you can find some of these dogs only in Japan and nowhere else.

The six native dog breeds are also the Japanese national dogs. You’ll find it challenging to export most of them outside the island.

Still, we prepared a Japanese dog breeds list of the most vital characteristics so you can pick your favorite.

With the Japanese fetish for small things, it’s no wonder that small-sized dogs are quite popular throughout the country. From Spitz to Shiba, here’s our list of small Japanese dog breeds.

It’s the smallest Japanese dog with worldwide popularity. Although this Spitz isn’t native, its popularity goes way back in Japanese history to the early 1920s.

These small furry pals are excellent companion dogs and believed to be descendants of the German Spitz brought to Japan through China or Siberia. Since it looks quite similar to the Siberian Samoyed, the Japanese Spitz is often confused for a mini version of the breed. Energetic and obedient, these pups make fantastic indoor dogs.

But they do bark a lot. If you don’t want to hear constant barking around the house, but you still long for the loving and playful side of the Japanese Spitz, don’t give up just yet. Instead, consider learning some easy techniques to stop dog barking.

If you’re more of a cat person but still need a dog’s loyalty and attention, one of the Japanese toy dog breeds you can consider is the Japanese Chin. These cat-like are both intelligent and independent. They even use their paws to clean their face.

These small toy dogs entertained and accompanied the Japanese aristocracy, so they love to perform tricks. Also, Chins are easy to maintain, adorable, and loyal pets that don’t require much grooming. As they don’t smell or shed a lot, they make great indoor pets.

Due to their alertness and smartness, if adequately trained, Japanese Chins make excellent therapy dogs, too.

Many of the Japanese dog breeds are a rare sight outside the island. But these furry pals are even incredibly rare in Japan, too. If you’re looking for a lap dog, the Japanese Terrier will do a fine job of it.

These Terriers are famous for their coat color combination. Their head is black, and their body is white.

Japanese Terriers are lively, affectionate, and great with kids and other pets. These eager-to-learn, low maintenance dogs are the perfect pal for every household.

If you come across an internet dog meme and fall in love with the dog on it, you’re after the Shiba Inu. The Doge dog breed is the smallest and most popular Japanese native dog.

The Shiba Inu was bred as a hunter, and today it’s considered a great watchdog. Arguably, it’s the only easy-to-train breed compared to the other five native ones. The Shiba Inu makes a brilliant and loving family pet.

Keep in mind that they don’t get along well with young children. Still, its adaptability makes it the most popular dog in Japan and the number one companion puppy on the island.

Another popular characteristic of this breed is the Shiba scream. It’s quite a specific high-pitched sound that the dogs make when they’re very happy or dissatisfied.

When it comes to Japanese dogs, the first breed that always comes to mind is the Akita. But these adorable furry pals aren’t the only big doggos of Japan. Although the Akita is the largest, the island is a native home of many medium to large Japanese dog breeds, like the Shikoku, Hokkaido, and Kai Ken.

If you’re a dog lover, chances are you’ve come across the movie Hachi: A Dog’s Tale. This heartbreaking film made the tale of the Akita dog popular worldwide. The loyalty of the breed, as portrayed on screen, is only one of its many positive characteristics. In honor of the story and the dog’s devotion, there’s an Akita dog statue in Shibuya.

Like some other Japanese dog breeds, the Akita is reportedly cautious and alert around strangers, making it a good guard dog. Despite that and their size, Akitas are excellent with children. It’s somewhat more challenging to look after and maintain these dogs, as they shed a lot. Plus, they need training and early socialization.

To keep your pup healthy, always get the best dog food for a large dog and look for brands that offer specific nutrition for Japanese dog breeds like the Akita.

These wolf-like medium-sized dogs are yet another rare breed you can’t find outside Japan. Reportedly, they’re excellent companions for outdoor people.

The Shikoku were bred as hunters. They have an awesome sense of smell, so they’re perfect tracking dogs. Thanks to that and their natural instincts, they can easily find their way back home once lost. Still, it’s worth going through leash training with any dog.

Compared to the Akita, Shikokus are less stubborn, eager to learn, and more friendly. Also, they’re easier to train.

The Hokkaido dog is the most ancient native breed of Japan. Its appearance is quite similar to the Japanese dog breeds Shiba Inu and Akita Inu, though different in size. The Hokkaido is smaller than the Akita, but larger than the Shiba Inu.

Hokkaido dogs are also hunters by nature. Due to their wild side, they show aggression toward other dogs. Another con of the breed is that they’re high maintenance dogs, so regular grooming is a must.

On a more positive note, Hokkaido dogs are intelligent, easy to train, and loyal to their owners.

Here’s another prominent native dog that’s tiger-like due to its coat stripes. The Kai Ken is often called the purest of all Japanese breeds, as they’re great hunters and swimmers by nature.

Despite their size and wild character, the Kai Ken make great family dogs as they love to please their owners. Surprisingly, they get along well both with kids and other pets. And that’s a rare characteristic for authentic Japanese dog breeds.

Since they love to run, Kai Ken are more suitable for outdoor people and ideal for those living near a lake or river. They can adapt to city life, too, but you have to take them outside frequently. But due to their hunting nature, it’s advisable not to walk them off the leash. Alternatively, you can acquire a GPS collar, as they tend to wander around and can easily lose track.

Called the silent hunters of Japan, due to their distinctive hunting nature, Kishu Inus are devoted and loyal. They’re one of the quietest dogs and rarely bark.

But this doesn’t mean they’re not good watchdogs or safeguards. On the contrary, they’re devoted and observant of their territory and owners. So these are one of the best Japanese guard dog breeds.

On a less positive note, they need extensive training as they tend to promote themselves to the boss of the house.

The Tosa Inu was bred as a fighting dog. They’re Japanese Mastiffs and the largest dogs coming from the island.  Due to their nature, the Tosa make excellent guard dogs. Unsurprisingly, they’re somewhat aggressive. If you don’t train them properly, they can start acting hostile toward humans, too.

Although they’re banned in many countries, Tosa Inus are among the Japanese fighting dog breeds you can still find on the island. It’s all due to dogfighting that remains legal in some parts of the country.

On the positive side, these dogs are sensitive, loyal and quiet.

Can You Find the Native Dog Breeds Outside of Japan?

Most native Japanese dog breeds are rare even on the island, which speaks volumes of your chances to find them outside Japan. Even if you get one, the cost of transportation and other related issues make the process quite complicated. All exported dogs must also undergo inspection at the Japanese Animal Quarantine Service.

The two breeds that seem more frequent, although limited, worldwide are the Shiba Inus and Akitas. Most of the others are among the ancient and rarest breeds that Japan keeps for itself.

Even if you’re ready to give a fortune for a representative of a native Japanese dog breed, another obstacle is finding a breeder willing to sell the dog outside Japan.

Here’s the essential information you should remember about the six native dogs:

In contrast, the other popular Japanese bred dogs, like the Japanese Spitz and Chin, are easier to find and cheaper. They’re also better for first-time pet owners.

What Person Would Make a Good Japanese Dog Breed Owner?

They might not be large in size, but the six authentic Japanese dog breeds are pretty wild by nature. So they’re not suitable for first-time dog owners. Also, since all of them were bred as hunters, they’re better pets for active people.

It’s best if the owner of a native Japanese dog matches its high energy and stamina. Also, due to their wild and bossy temperament, we recommend extensive training. If you don’t do that, most of these dogs won’t be naturally friendly toward other dogs or pets. So, are you ready to spend a fortune on the greatest Japanese dog breeds?

The Best Calming Treats for Dogs in 2021ーEverything You Should Know