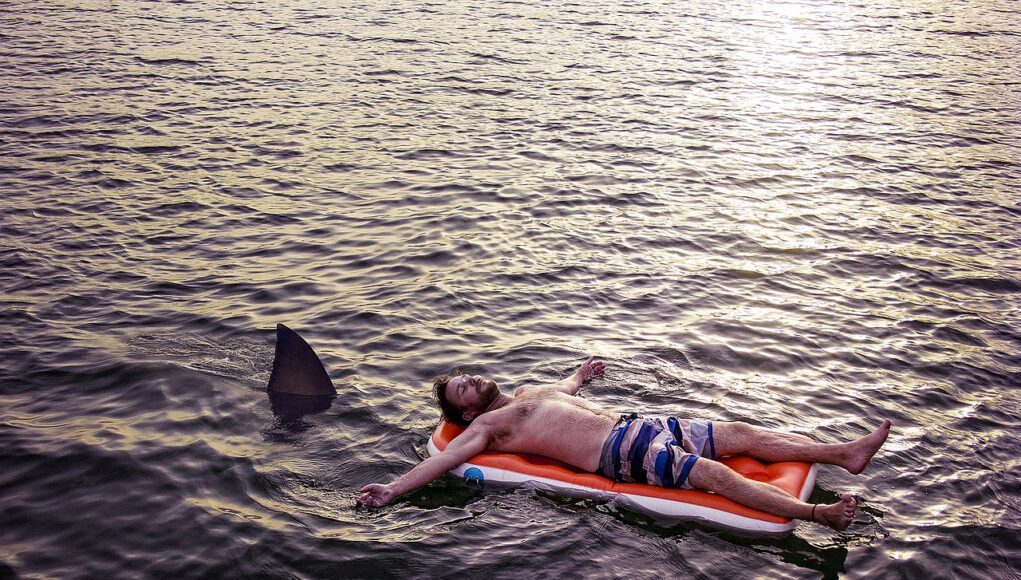 Shark attack statistics are every ocean swimmer’s worst nightmare. We’ve all seen the movies and know how bad these attacks can be, but what are the chances of experiencing a shark attack?

To help you understand that, we’ve compiled all the must-know info, including where the attacks occur most, our effect on sharks, and what you can do to avoid an attack.

Most of us have seen Jaws. It spreads fear even among the bravest people. But experiencing a shark attack is not as likely as you might think.

While the chances are meager, you must be wondering who’s most likely to add to the shark bite statistics?

2. 51% of Attacks Are on Surfers and Other Boarding Sports People.

Worldwide shark attack statistics by year give some pretty interesting information about how and when sharks attack.

The US has remained the number one spot for shark attacks since 2011.

The US also has the highest number of annual shark attacks. And one state is responsible for the most.

4. Florida Shark Attack Statistics Are the Highest — 38% of the Worldwide Total.

But the state isn’t alone. Here are some California shark attack statistics.

5. In the Last Decade, California Has Had 1.8 Shark Attacks per Year.

But let’s check an area surrounded by water. Here are some Hawaii shark attack statistics.

For all the surfers dreaming of going abroad, here’s where you need to pay attention.

While the US has the most shark attacks worldwide, that’s due to its sheer size and coastline. But it doesn’t mean it’s the only risky country.

Let’s have a look at the shark attack statistics from South Africa.

8. South Africa Is Home to One of the Deadliest Beaches Worldwide.

Unfortunately, because the Western Cape has so many white sharks, there’s a high death toll. The Great White is notorious for killing its victims. By now, you might think it’s all about location, but does the shark species matter, too?

There are millions of sharks globally, and surprisingly, most aren’t dangerous to us. But the ones that are can be fierce. So let’s have a better look at the difference in species and shark attack statistics.

9. The Great White Is the Deadliest Shark, with 52 Deaths.

While this species is fierce, it’s not alone. Let’s look at some other sharks.

After all of this, it might surprise you to find out how many sharks we kill each year.

They aren’t as cute as toys for dogs like the Frisco Summer Fun Plush Shark Dog Toy. But that doesn’t mean we shouldn’t care about what happens to them.

As monstrous as we portray sharks, we’re our own worst enemy and a much bigger threat to sharks.

11. Sharks Kill Six Humans a Year on Average, and We Kill Over 100 Million Sharks.

As you can see, humans are overfishing these defenseless animals. Plus, climate change statistics show the loss of natural habitats means sharks are forced into human-populated areas.

12. 8,000 Tons of Shark Fins Are Shipped to Restaurants Every Year.

We could have sharkless waters pretty soon. And we’re talking about a sea creature that’s been around for 100 million years.

To show you how small your chances of a shark attack are, let’s explore how much more deadly day-to-day activities can be.

But that’s not all. Let’s have a look at more comparisons with shark attack statistics.

You have a higher chance of dying from getting into your vehicle with a bunch of fireworks or being hit by a train all in one day, than from a shark attack. But let’s see what you can do to ensure it’ll never happen.

How To Avoid US Shark Attacks in 2022

Here’s what you can do to keep your chances of coming face to face with a shark as low as possible:

Shark attack statistics can be scary even to the bravest beachgoers. But you can see how slim your chances of experiencing a shark attack truly are.

There’s only a 1 in 11.5 million chance of being attacked by a shark in your lifetime. Comparatively, even with the calmest dog breeds, you are much more likely to encounter a pup bite and we engage with pets all the time.

So, don’t stress too much about it.

The ocean is one of the most amazing treats on the planet. That’s why we all need to work together in keeping it clean and livable for its inhabitants and us.

Why do sharks attack surfers?

Sharks don’t hunt for human flesh. Plus, we’re nowhere near fat enough, no matter how much fast food we eat. Seals have very fatty meat, so they’re the number one shark dinner target. Unfortunately, the shape of a board with limbs hanging off the side looks very similar to a seal.

Where do most shark attacks happen?

Shark attacks usually happen within 100 feet of shore. That’s where their primary sources of food are. But some attacks happen out in the deep waters with divers and smaller boats. Still, you’re more likely to come into contact with a Bull shark close to shore.

How many shark attacks per year?

In 2020, there were 129 shark attacks in total. This includes human, boat, and unconfirmed attacks. But, if we’re just looking at human fatalities, the average from a shark attack is around six per year. In 2020, shark attack statistics show that the unprovoked attacks were 59 and the provoked — 39.

40+ Fun Facts About Elephants – You Can Never Guess!