Pawsome Advice
Home Pets The Most Expensive Pets to Own 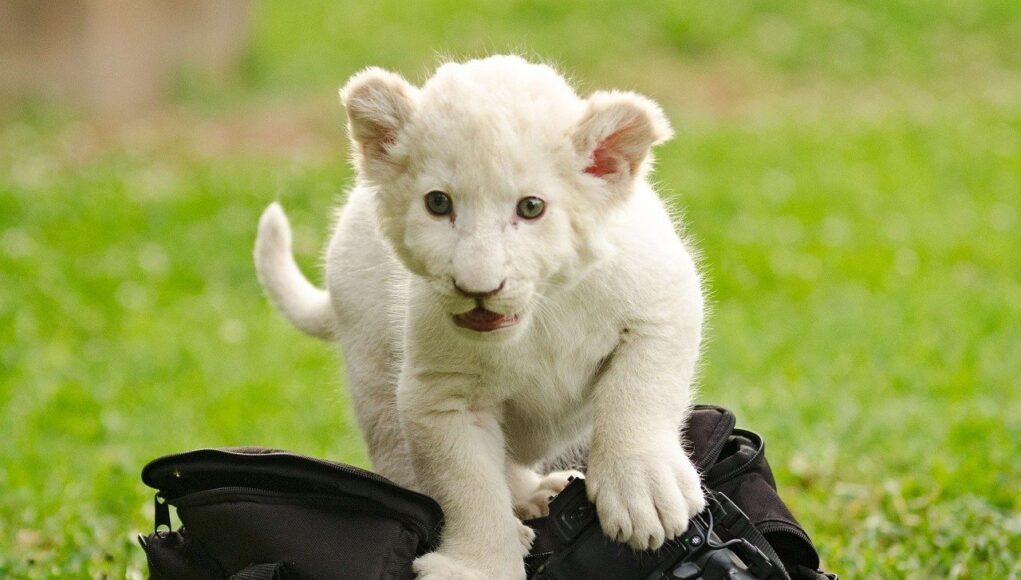 The average person has trouble keeping up even with the monthly pet cost, yet some people take care of animals worth more than a plane or a yacht.

Would you exchange your pet’s love and devotion for one of the most expensive pets?

We wouldn’t, but it’s still fascinating to see which animals cost a fortune and why.

The Most Expensive Pets

While some people prefer to adopt, others don’t think twice about spending money on a dream pet.

The Most Expensive Dog Breed In The World

Dogs warm our hearts with their infectious smiles, unconditional love, and protection. That said, the finer things in life usually cost a pretty penny, and man’s best friends are no different. So, what’s the most expensive canine breed in the world?

Meet the magnificent Akita. They’re revered across the globe for their beauty, dignity, and elegance. What sets them apart are their forward-pointing ears, high curled tail, and statuesque physique.

Akitas originated from the mountainous regions of Northern Japan. Their ancestors were called “Akita Mataji” and were used for dog and bear hunting. The undying loyalty and extreme intelligence of this furry pal will leave you with a pricey receipt of $5,000. So, if you’re fond of extravagant animals, this breed will cost you an arm and a leg. Plus, you should add a good air purifier as this breed is susceptible to allergies.

Fun Fact: In China, a golden-haired Tibetan mastiff puppy was allegedly sold for $1.9 million, making it the world’s most high-priced dog.

The Most Expensive Cat Breed In The World

Cats are clean, independent, and elegant. These fluffy creatures mesmerize and warm our hearts with their beauty, and you could find them at almost any animal shelter. But if you’re looking for a specific breed, a feline may cost you a fortune.

Check out the most expensive cat ever sold.

The Ashera is known as the world’s newest, rarest, and most exotic cat breed. And that rush of owning a domestic wild cat is well worth the money.

No wonder that this magnificent creature is among the most expensive pets. The breed was developed by cross-breeding two exotic wild species — the African Serval and the Asian Leopard Cat, with a dash of a domestic feline into the mix.

Ashera cats have both spots and stripes, pointed ears, and the elegant features of a leopard. Despite their wild genetics, the breed has been purposely bred for home-friendly living, and they’re very playful.

The Most Expensive Horse In The World

Humans have domesticated horses for over 4,000 years. They’re one of the world’s most majestic and valuable animals. Just like dogs, horses both help us and are great companions. As these graceful creatures don’t come cheap, it’s worth thinking about getting pet insurance.

Here’s an example of the world’s most expensive animal only rich people can afford.

Thoroughbreds come from the UK. They descended from three stallions: Darley Arabian, Byerley Turk, and Godolphin Arabian. But what makes them one of the most expensive pets to own?

These horses are known to be spirited, bold, and athletic. They’re taller and finer-boned, with longer necks. Thoroughbreds are bred for speed, so they’re often used in races. They’re also incredibly diverse and well known in the showjumping arena. Some excel in dressage, and most perform very well at three-day eventing.

The Most Expensive Bird In The World

Birds are one of the most popular pets in the world for a good reason. With their great feathers in all the rainbow colors, these flying beauties spread variety in the blue skies.

With their help, we appreciate freedom and nature more. That said, the rare and exotic ones come at a sky-high price. Here’s one of the most expensive pet birds in the world.

That’s right, those annoying birds that poop on your head as you walk out of the train station are more expensive than any other species. How come?

People purchase some of these little city dwellers for their incredible speed. Pigeon racing is a rich man’s leisure activity that involves selling and trading the world’s fastest birds. Just last year, a racing pigeon named Armando was sold at an auction for $1.4 million, making him the most expensive animal in this category.

The Most Expensive Exotic Pets Worldwide

When it comes to pets, most of us choose something standard, such as cats, dogs, fish, or birds. But there are so many unique options. That said, those will usually cost you a lot of money and effort to take care of.

According to the exotic pet ownership statistics, households with exotic pets increased by 25% from 2011 to 2016. But what is the most expensive pet of this kind?

These cute little cubs have a recessive gene that gives them their beautiful, pure white fur. White lion cubs have been around since 1938, but they’re incredibly rare. People seek them for their unique look, and some are ready to pay $140,000 for one of these magnificent creatures.

But getting a pet lion isn’t something that you can take lightly. Not only are they one of the most expensive pets, but they also need constant training and stimulation to stay happy. Also, lions shouldn’t be kept as pets, and that’s considered illegal in many places.

Can you imagine having a pet chimpanzee? After all, this creature has a lot in common with humans. Chimpanzees adapt incredibly well to different environments due to their ecological versatility.

These monkeys are friendly extroverts with an expressive personality, making them one of the most sought after and expensive pets. But having them is, without a doubt, a challenging task. They require lots of attention, space, education, and, most importantly, a specialized veterinarian.

Some people are terrified of snakes, while others adore them. Which one are you?

If you’re fond of snakes, you should know they’ll cost you more than a car. These luxury animals result from a rare recessive gene that gives them a pretty shade of lavender, with golden markings and ruby red eyes. Like all ball pythons, these reptiles can grow more than 8ft in length.

The Lavender Albino Python is considered one of the most expensive pets in the world. Their rarity makes them worth a bundle, and buyers give as much as $40,000 for these snakes.

Contrary to their name, these majestic birds aren’t entirely black. They’re more of a smokey gray with bright red cheeks. Because of their size, they’re also known as Goliath Cockatoos.

Before you spend $16,000 on a bird, it’s important to know that they’re not very affectionate. Besides, a standard pet owner will have trouble caring for them since they need to spend 3–4 hours outside of their cage daily. That’s on top of continuous care and attention. Would you commit to an 80–90 year relationship with the world’s most expensive parrot?

The bond between cats and their owners runs deep, especially when we’re talking about a 600lbs tiger. Would you trust it to play safe?

Taking care of a pet tiger is a massive responsibility most people aren’t ready for financially and emotionally. So, how much does it cost to own a tiger? You can buy a tiger cub for up to $7,000, while adults can cost $10,000.

But your cute, cuddly tiger won’t stay a cub for too long. It will reach its massive adult size at 11 months. These large cats consume thousands of pounds of meat daily, and you’ll also need to prepare acres of costly high-security enclosures for them.

Overall, the chance of a tiger attack greatly outweighs any benefit, making tigers unsuitable as pets.

The Most Expensive Celebrity Pets

When it comes to pets, celebrities like to get weird. Their eccentricities have no limits, so to honor their love for the unusual, here’s a list of the animals owned by celebrities.

Dogs seem to be one of the world’s most expensive pet animals and the most popular among famous people. Would you buy an exotic pet if you became a celebrity?

The World’s Rarest and Most Peculiar Pets

Remember when you used to draw animals with crayons as a kid? You probably came up with some ridiculous creatures, like purple polar bears, bright yellow parrots, or white lions.

But what if these aren’t as made up as you might think. The animal kingdom is far more colorful than you know.

Do you want to know what’s the rarest pet you can get? Here’s our top list:

Some of these exotic pets are too cute to look at. No wonder people want to keep them around. Still, no matter how cute, all pets need to do their business. But this shouldn’t detour you, some of the best pet odor eliminators are there to help.

While most people choose to keep dogs, cats, or other domesticated animals, some prefer to bond with unusual creatures that can be terrifying and even deadly.

Surprisingly, one of the priciest animals wealthy people enjoy is the racing pigeon that can go up to $1.4 million.

Do you want to be a proud owner of the world’s most expensive pets? Remember that taking care of exotic animals can be a challenge, so make sure you’re knowledgeable and financially prepared to have one.