Pawsome Advice
Home Pets Cats vs Dogs: Which Is a Better Pet? 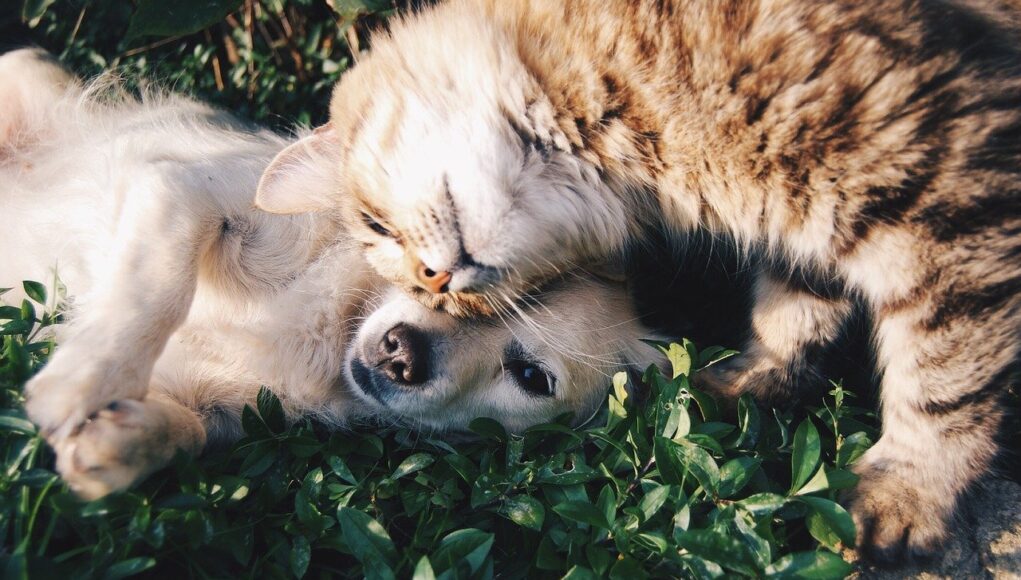 When it comes to pets, there are mostly two types of people. Which one are you?

The cats vs dogs debate is as old as time. People who own furry felines can spend hours telling you why cats are better than dogs. But it’s impossible to convince a dog owner that’s true.

Cats and dogs have a much more amicable relationship. According to popular beliefs, the two animals can get on quite well together despite their many, many differences. But how will this affect your decision to get a feline or canine companion?

In this guide, we’ll help you determine whether owning a cat vs a dog is the right choice for you.

Who Is Smarter, Cat, or Dog?

Albert Einstein famously said that “if you judge a fish by its ability to climb a tree, it will live its whole life believing that it is stupid.”

In 2017, Vanderbilt University reported that dogs have more cortical neurons in their brains. Their research found that canines have about 530 million neurons, while cats only have 250 million. Interestingly, the same study also reported that raccoons share the same number of neurons as dogs in a cat-sized brain.

On the other hand, a Scientific American study made comprehensive comparisons between dogs and cats, among other animals, and found that although dogs are unique, they don’t possess any advantage over other species in associative learning, physical cognition, and spatial tasks. Dogs have an excellent sense of smell but so do other animals, like cats and horses.

In short, both findings are inconclusive and don’t settle the cats vs dogs debate.

Scientists have warned people about applying human intelligence standards to animals. For example, when it comes to hunting abilities, cats are the best, while dogs have a middling ability, despite their higher number of neurons. Meanwhile, humans, who have about 100 billion neurons, have low hunting abilities.

So it doesn’t matter how many neurons you have; what matters is how you use them — or something like that.

Is It More Expensive to Have a Cat or a Dog?

Throughout their lifetime, both animals can accumulate high costs.

That said, cats are independent creatures, so you can rely on them to care for themselves. They mostly require human intervention when it’s mealtime.

According to the Animal Humane Society, the adoption fees for felines are generally lower than dogs and can be anywhere between $34–$276. For canines, the starting adoption cost starts at $118 and can go up to a whopping $667.

Besides, dogs tend to destroy their toys, which are already made from rigid materials, hence are more expensive than cat toys. If you’re a dog owner, look for indestructible dog toys that will last longer.

In contrast, it doesn’t take much to amuse a kitten. You can create your DIY toys at home and forego buying toys for your cat altogether. They only want a box anyway.

So, which is better — dogs or cats? Dogs require a lot of exercise, so you’ll need to set aside time from your busy schedule for daily walks. Otherwise, you can hire a dog walker that can charge $15 to $20 for a single walk. At the same time, cats can use up their energy running up and down and sideways. If you own two of them, it’s even easier as they find ways to entertain each other.

But the most significant cost variable is food. And it’s a lot pricier to feed a 75-pound German shepherd than it is to fatten a 7-pound cat. Besides, there are the routine vet costs, including annual checkups, preventive care, grooming and maintenance, dental care, and desexing. You should also consider pet insurance as a way to reduce the financial burden of injuries and accidents.

On average, cats also tend to have fewer veterinary visits.

It seems there are plenty of reasons to convince people that cats are better than dogs; however, the vast majority of dog lovers proves otherwise.

Are Dogs or Cats More Loving?

By nature, dogs are very social, and you can thank their wolf ancestors for that. When mammals love someone, they release the hormone oxytocin — and dogs do this in spades. The most tell-tale sign of a dog with a rising oxytocin level is that frantic tail-wagging whenever their owner arrives home. Also, people think dogs are more loving pets because it appears they’re smiling when in reality, they’re just panting.

But cats can show their love, too, and are as expressive as dogs. They just show their affection differently. It doesn’t help that they have particularly expressionless faces compared to dogs.

Science has proven that cats can develop inseparable bonds with their owners in time. They can recognize their pet parent’s voice and prick their ears in that direction when they hear it. Their pupils also dilate in excitement. Cats also purr, butt, and rub their heads against their owner when they’re feeling incredibly affectionate.

Are Cats Better Than Dogs?

Cat people can think of a thousand and one reasons why cats are better than dogs. Here are some  of them:

So, next time someone asks you to explain why cats are better than dogs, let them have a look at this list.

In the cats vs dogs debate, puppy lovers also have a strong defense on why the dog is a man’s best friend.

If you want more arguments, here’s why dogs are better than cats.

You now have enough reasons to decide. But wait, there’s more.

Which Is a Better Pet, Cat, or Dog?

If you’re energetic, athletic, and like the outdoors, a dog may be the better choice as you can be workout buddies. Dogs need lots of fresh air and regular walks, so they’re more suited to people who like open spaces. Still, if you’re the type of person who doesn’t like to go out often, you can consider getting a smart door for your dog.

Man’s best friend isn’t a solitary animal and demands attention. If you work long hours, you should think about whether you’d be able to give your pet the time it deserves. Prepare also to spend a lot of energy grooming and training them.

Canines come in different breeds, shapes, sizes, and temperaments, so you should also consider these things when getting a dog.

That said, if you live in a small apartment, cats are better than dogs. Felines like peace and quiet and can entertain themselves with the most trivial things. They don’t care for walks and aren’t the most active companion. But they do love to socialize and play.

Although they don’t have the dog’s boundless energy, cats have a very playful nature and can make for a fun and loving pet.

Should I Get a Cat or Dog?

It’s the ultimate dilemma. Are there specific factors that determine whether you’re a cat or dog person? There is no exact reason why people prefer one over the other. Some like both, and choosing between the two is a tough decision.

Keep in mind that the behaviors of cats and dogs are all generalities. Both come in different breeds and temperaments. Genetics and history play a part in how friendly, trainable and active they are.

It’s essential to research your choice of pet thoroughly before you take them home.  Sometimes it’s less about the species and more about the bond you can forge with your pet over time.

Whether you decide on a cat or dog, remember that all animals deserve love, attention, and kindness from their owners. Make sure you give that to them, and there’s no doubt you’ll have a friend for life.

So, where do you stand on the cats vs dogs debate?