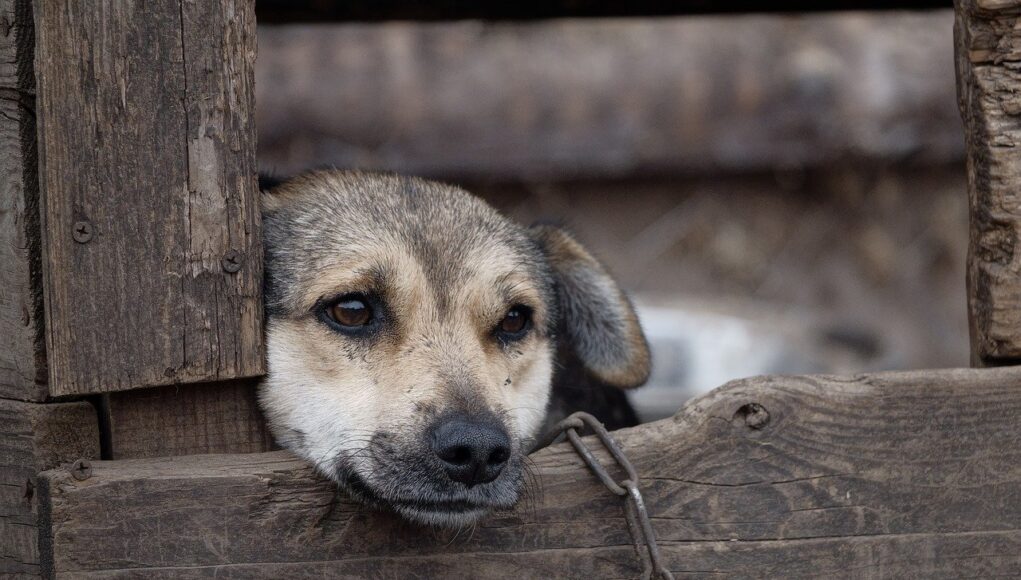 Animal shelter statistics are a bit tough to read. But if we all understand what’s going on, our hearts might reach out to help those in need.

If you’re someone who wants to contribute more to their community, volunteering at a local shelter is a great way to start.

You can also adopt an animal. While it’s a big responsibility, it can also bring much-needed love and light into your home. But first, you should get a better idea of what happens in animal shelters.

So, the numbers are declining, and that’s not the only good news.

2. Around 3.2 Million Shelter Animals Get Adopted Each Year

But what happens to the rest?

Unfortunately, as hopeful as pet adoption stats are, shelters have to euthanize many animals due to lack of space, food, and funding.

3. Every Year, About Three Million Shelter Animals Are Euthanized In the US

If you think that’s a lot, in 1984, the number of animals killed in shelters was 17 million.

4. Five States Are Responsible For 50% Of Shelter Euthanasia

All hope is not lost. In some areas, people save hundreds of thousands of animals.

These shelters must have a 90% save rate for consideration.

Animal shelter statistics by state show that there’s even an entirely no-kill state.

6. In 2019, Delaware Became the First US No-Kill Shelter State

Although some dog euthanasia rates by state are worrying, hearing such stories makes the pawsome team happy, and we support all efforts to aid helpless animals.

But why do pets end up in shelters? The answer isn’t what you’d think.

7. There Are Around 70 Million Stray Animals in the US

That’s why initiatives working to have animals spayed and neutered are vital. It’s more than a way to slow down population issues. It also reduces animal breeding for the wrong reasons.

8. Only One Out of Every Ten Dogs Will Find a Permanent Home

Remember that shelters require a lot of money to keep their doors open.

Funding for shelters comes from the government and many different organizations. Let’s see how much money it takes.

Now that we know the basics let’s have a look at what percentage of pets are adopted.

10. 61% Of Pet Households Care for More Than One Animal

(Source: The Humane Society of the United States)

It’s not only the animal shelter stats we need to look at. Strays and abandoned animals make up much of the animal population.

11. 88% of Pets Living in Underserved Communities Aren’t Spayed or Neutered

(Source: The Humane Society of the United States)

(Source: American Society for the Prevention of Cruelty to Animals)

So, as bad as some of the animal shelter statistics are, we can be grateful that shelters are there to begin with.

Shelters would be nothing without their amazing volunteers that dedicate time, effort, and financial contributions to help save more animals.

The Animal Humane Society is one of many that contribute to the declining United States animal shelter statistics. But it’s not just the shelters that receive benefits.

Volunteer where you can, and help out animals that might not get another chance to feel what it’s like to be cared for.

You now know that 6.5 million animals enter US shelters each year. Out of those, about 3.2 million get adopted. Unfortunately, another three million are euthanized.

Still, no-kill shelters are on the rise. Delaware even became the first no-kill state in the US.

You can do a lot to help lower the animal shelter statistics even further. Consider donating, volunteering, or fundraising money for your local shelter.

How long do animals stay in shelters before being put down?

It depends on the state you’re in. Also, not all animals are euthanized. Overall, the average period before an animal is adopted, euthanized, or sold is between five to seven days, but it can be as short as 48–72 hours. The time laws are in place so owners can find their lost animals.

How many animals are abused each year?

Over one million animals are hurt, killed, or abused during episodes of domestic violence. What’s more, there’s a strong correlation between people who are violent towards their partner and their animals. The police even use animal abuse to help find individuals that could be a danger to society.

What happens to animals in shelters?

An animal is first brought there by the owners, a good samaritan, or animal control. The shelter will care for it, but if the owners don’t come to get it, the animal will be housed, fed, and loved by employees and volunteers. Unfortunately, they can only do this for a limited time because of overcrowding. That’s why you should always consider adoption.

How many animals are euthanized each year?

It’s the most challenging part of working in a shelter. Close to three million animals are euthanized there each year. Some of it is due to legitimate medical reasons or an animal getting too old. But others are mercy killings. Certain animals have such a small chance of adoption that they’d spend much of their life in a cage, never knowing what having a family is like. That’s another big reason why more people should consider adoption.

How old do you have to be to volunteer at an animal shelter?

Usually, the age limit is 16 years and older, but each shelter will have its own protocol. So, we recommend doing your research to find out more. If you’re younger, they may require a legal guardian to sign off on it.

How to volunteer at an animal shelter?

Animal shelters don’t just need financial help. Volunteering your time is also a great way to help them out. Call your local rescue organizations or shelters, and see what they need. It usually involves feeding, cleaning, and playing with the animals.

How to help animal shelters?

Financial contributions are what keeps animal shelters going. If you can’t personally donate money, then starting a funding program is also an option. Perhaps you can even organize a garage sale of items you no longer use and donate the profits to help lower the animal shelter statistics.

How Much Do Puppies Sleep? Simple Answers for New Owners

Dog Shedding — How to Find the Cause and Reduce the Hair