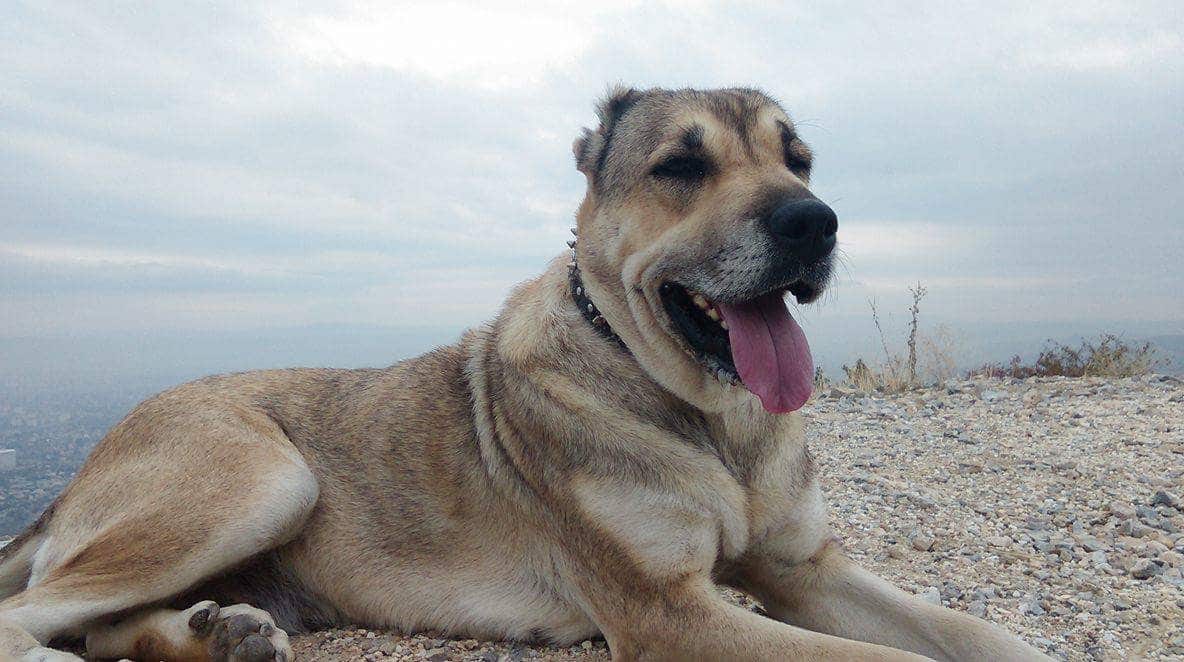 Few breeds are famous for being formidable flock guardians, and among them, you’ll find the feared Kangal dog.

Kangals are notorious for possessing the size, power, and ferocity to kill wolves, and they’ll go to any length to protect their herd. They have supersonic speed and the most powerful bite force there is.

Some claim they have wolf blood running through their veins, but what’s the truth? Are these huge herding dogs mindless killers or simply protectors of the innocent?

I’m lucky enough to experience their persona firsthand. Let’s learn more about this breed and meet my two Turkish Kangals along the way. Here’s what we’ll talk about:

These dogs originated from the Kangal district of Savas Province in Turkey. That’s also where they got their name.

It’s a very hostile environment — a place filled with wolves, wild boars, and bears. In these arid places, animal density is low, and prey is rare. To feed themselves, local predators don’t hesitate to attack the shepherds’ sheep that live there.

For generations, to protect owners and sheep from predators, the Kangal shepherd dog has developed extraordinary abilities and turned into the Superman of flocks.

Its Origin Dates Back Over 1,000 Years Ago

I don’t joke around when I say these dogs are truly ancient. Sources say that Kangals came to Anatolia in the 11th century, but they might be far older than that.

In the 1970s, the first litter of American-bred Kangals was born. Lieutenant Robert Ballard of the US Navy brought in the two Kangals. In 1996, the AKC recognized Kangals as a legitimate breed under the name “Anatolian Shepherd dog.”

Anatolian Shepherd Dog vs Turking Kangal — Are They the Same?

Although the AKC recognizes the breed, Turks refuse to call their dogs Anatolians.

American breeders adopted the term “Anatolian.” An Anatolian dog is a dog of any color and coat length that originated in Turkey, but a Kangal is a specific Turkish breed.

Due to the crossbreed of various Turkish shepherd dogs, Anatolians appear somewhat smaller than Kangals and have a shorter lifespan. To end the mixup, Turkey has forbidden Kangal dog exportation without the country’s permission.

If you ask me, these are two distinct breeds, and no Anatolian should be called a Kangal Turkish dog. After all, why interfere with the breed’s roots?

The Kangal life is full of many fights, which is how the breed developed exceptional characteristics.

These dogs can be up to 33″ tall on all four legs and easily outgrow a man on his hind legs. Also, a Kangal dog has large and powerful musculature, weighing up to 150 lb. That makes this dog a monster of power.

Despite its size, the Turkish Kangal has good agility and speed. It can run up to 35 miles per hour. What’s more, the Kangal dog bite force is the strongest in the world, reaching 740 PSI (pound per square inch).

Its fighting experience gave the breed absolute iron confidence, as seen by the tail posture. The more curled up the tail, the more certain the dog is. Aside from confidence, Kangals have wide elastic skin on body parts that are prone to biting. That reduces the pain level — a considerable fighting advantage.

The breed also benefits from its cropped ears. While no dog should have its ears cut, the Kangal guard dog is better off without them. How so? Well, it prevents frostbite and lowers the chances of other animals latching onto their hanging ears during fights.

Their coat, faun with a black mask, blends in with the herd. While quite short, it’s incredibly dense, so no winter is too cold to bear. You should brush the coat every other day and bathe your Kangal once a month. Also, they tend to drool, so it’s essential to brush their teeth at least twice per week.

Kangal Dog Temperament — Nothing But Alpha

A good Kangal has a solid temperament — calm until roused. They can be confrontational if they notice anything suspicious near their flock and family. If anything threatens their space, they come alive.

Kangals are also exceptional with children. For centuries, these dogs had to grow up in villages with children running around. So they couldn’t show any undue aggression, or they’d be fiercely treated by their masters.

When their protective side kicks in, a Kangal dog could kill a wolf without a problem. From a very young age, their mothers taught them how to confront animals in battle. They also showed them how to use their shoulders to charge at others.

Still, my Kangals never show aggression unless provoked. For instance, if some foolish dog comes up to my girls aggressively, they’d instantly stand in a statue-like position. In their language, that means they won’t tolerate bad behavior. If it doesn’t work, they’ll ensure the dog gets a good thumping.

Kangals are intelligent and highly trainable. That’s why a Turkish mountain dog makes an excellent protector. They know when to calm down, intimidate, and attack. Plus, they aren’t barkers. They only bark when they perceive something or someone as a threat.

Exercise & Trainability — How to Fuel Up Kangal’s Engine?

Due to its gigantic size and working ability, the Kangal needs plenty of regular exercises. If you keep them as working dogs (which they love), their job would usually be enough to meet their needs.

If you decide to keep them as companions, you’ll need to provide at least one-hour walks, followed by play sessions with lots of mental stimulation. Otherwise, a Kangal would get destructive.

The so-called “Anatolian shepherd” grows into a powerful dog, so it needs an experienced, firm, and consistent owner who knows how to handle its size. In my case, my father and brother take that role.

My advice is to train them to be friendly towards strangers. That won’t affect their protective ability, and it’ll teach them how to act around people.

A Kangal is very aloof and independent. If it sees something, and you let it off the leash, you best believe it’ll sprint towards it. Make sure you have a good harness for big dogs because when they pull, they really pull.

Aside from having massive strength, they tend to be excellent diggers. Consider placing them in a highly secured area with a fenced yard. Also, the best wireless fence can help. It comes with a GPS tracker, which will come in handy if your Anatolian shepherd roams off in the mountains.

They Love to Dig — But Why?

Kangals adore digging holes in summer and winter. During the hot and unbearable summer days, Kangals need a cold spot to chill. That’s why they’ll dig for a cool shade and area to rest in. Also, they know to go under the snow in wintertime and warm up in the hole — exactly like a wolf would do.

Turkish Kangals Are Among the Healthiest Breeds

Kangal dogs are among the strongest, biggest, and healthiest shepherds.

Many people think that the bigger the dog is, the less it lives. But that’s quite unusual with these herders because the Kangal dog lifespan can reach up to 18 years.

They’re known to have only a few health conditions, including entropion, lipoma, and hip dysplasia. If you do the regular vet check-ups, you can catch all of these early on.

I feed my Kangals with high-quality raw dog food or kibble. Generally, the breed survives on fairly little. They’re big dogs, but that doesn’t mean you have to feed them 2–3 pounds of meat a day.

On the contrary, Kangal livestock guardian dogs can survive on a small amount of food. Maybe that’s because of their breeding and mountain lifestyle. Still, they run around a lot, so don’t forget to add glucosamine for dogs to keep their joints healthy and strong.

Apart from raw feeding, Turks feed these dogs with yal — a mix of barley flour and hot water. If you ask me, this meal makes Kangals bulkier, especially when mixed with nutritious veggies and meat.

We could have a hasty judgment on Kangal shepherds who train these dogs to fight so that they become better guardians. But remember that these people live in dangerous places where boars and bears are a real threat to them and their herds.

Many of these people rely exclusively on breeding. For them, it’s unacceptable to lose a herd member. So they look for dogs that are comfortable at confronting a wolf or a bear in case of an attack. If you ask me, they’re doing the best they can to survive.

How Much Is a Kangal Dog?

Kangals are usually born in a litter of 5–10 puppies, and they’re absolutely adorable. There’s nothing more amusing than a bunch of Kangal puppies running at you at full speed.

Professional breeders sell these dogs for about $1,500–$2,000 per puppy. The price always varies, and since that’s an incredibly rare breed, it’s usually higher. A purebred Kangal dog may reach up to $4,000, especially if it originated from Turkey. Still, getting a purebred is a mission impossible due to Turkey’s laws for export.

Final Thoughts on Living With My Two Gentle Beasts

Well, for such big dogs, I sometimes can’t even hear them. Even if I don’t know where they are, I know they’re constantly watching. They pretty much sleep with one eye open, so they know exactly what’s happening. If they notice anything unusual, they’ll let you know.

The breed doesn’t go around with its sleeves rolled up looking for trouble. They aren’t aggressive, and they’ll take care of you and your herd. A Kangal dog will give its heart and soul to you. Also, they don’t ever hold back — they’re all-or-nothing dogs. The trouble with me is that I’m an all-or-nothing person, and that’s what I like about them.

Nothing can stop Monika from petting a fluffy cat, even if it's in the middle of the street. She has experience with all kinds of pets — dogs, chickens, parrots, fish, bunnies, and even wolf cubs! Apart from her unconditional love for animals, she’s a creative individual that can easily lose track of time while painting. After getting a degree in English Language and Literature, Monika looked for a way to share her inspiration with others and found one in content writing.

The Best HempMy Pet Reviews of 2022

Can Dogs Eat Cabbage? Here's What You Should Know 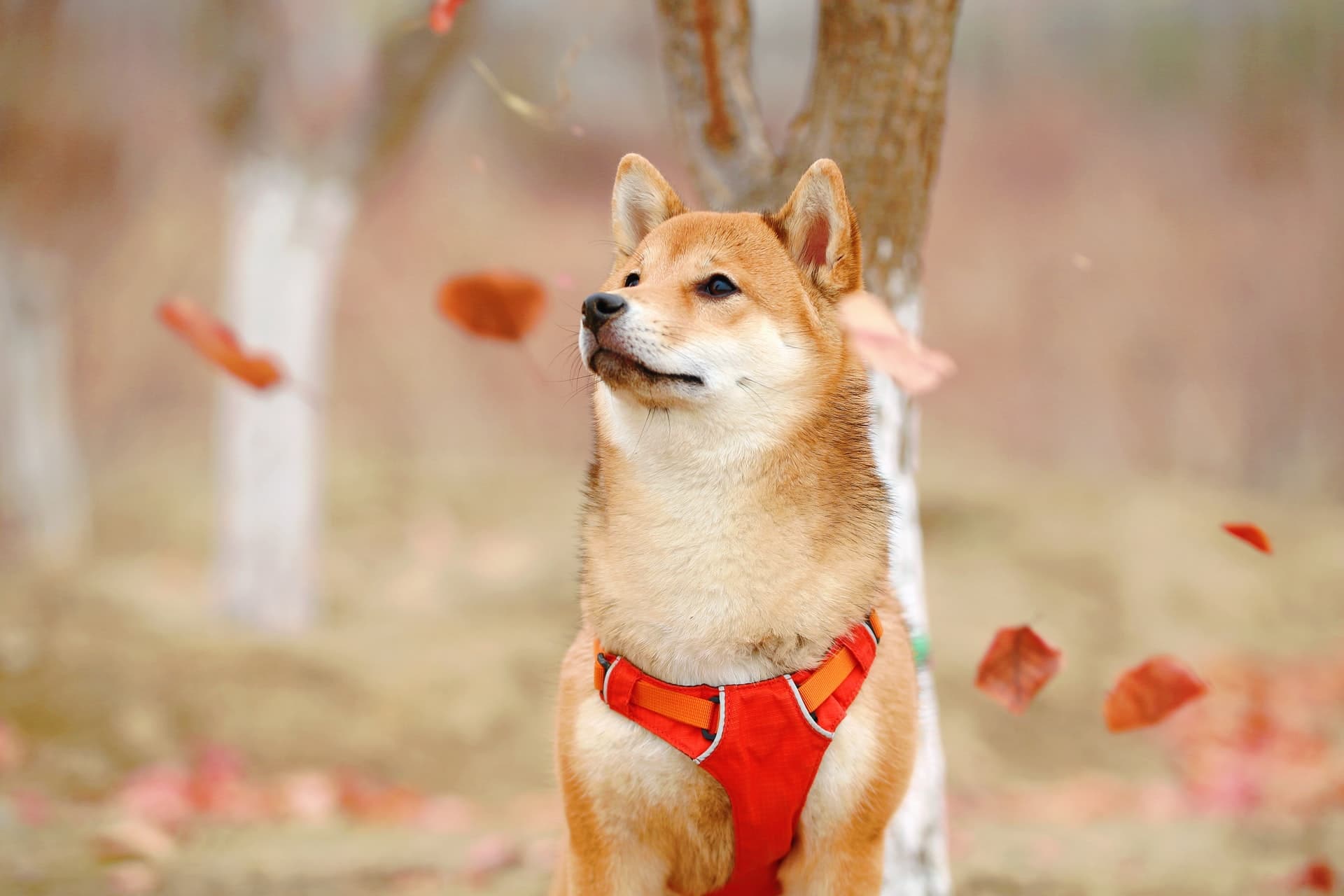 Read More
DDog
Have you seen the blockbuster movie Hachi: A Dog’s Tale? If you have, you surely remember the famous… 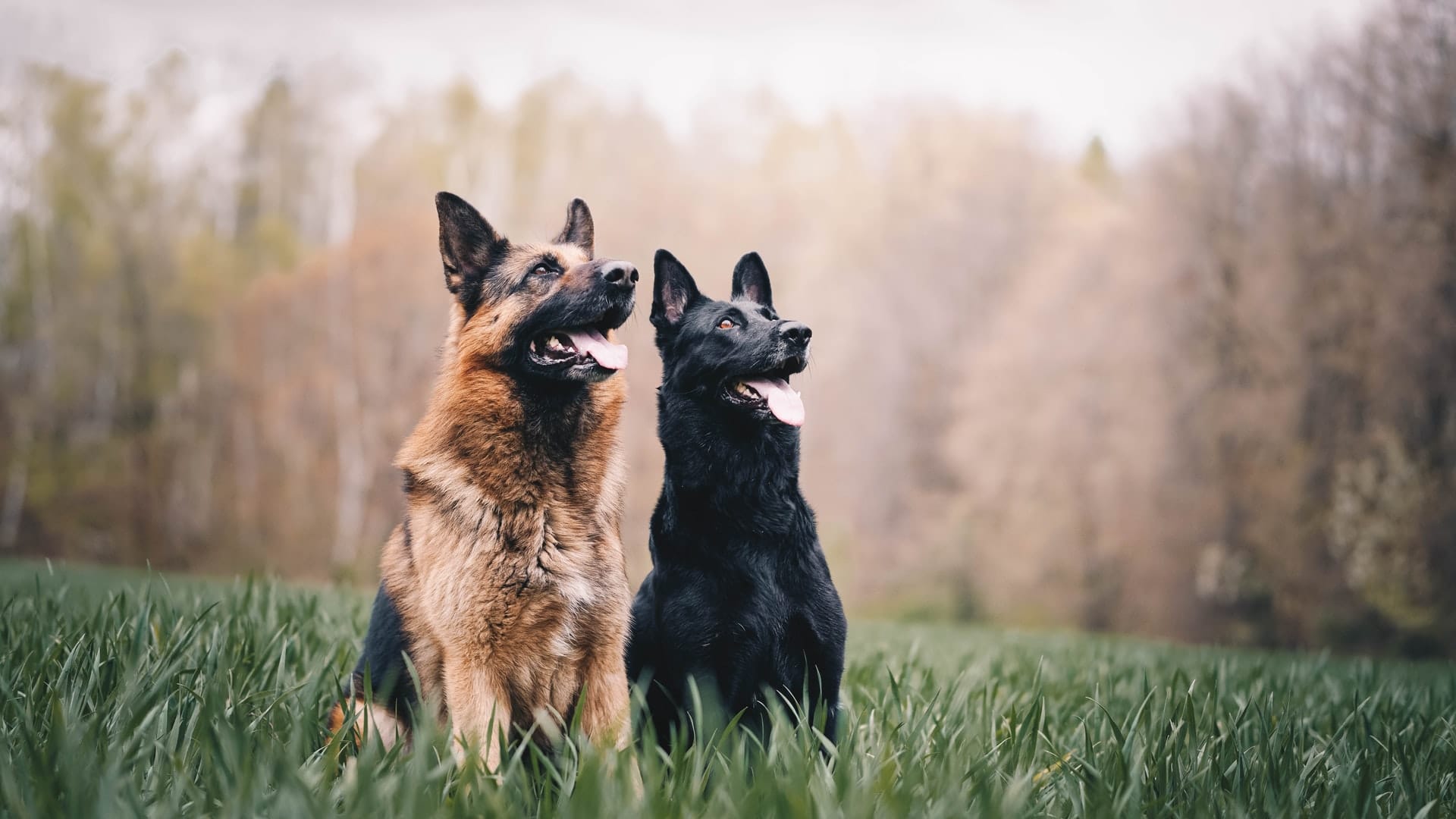 Read More
DDog
Any dog owner will confirm how devoted, affectionate, and loyal these furry pets are. But all breeds have… 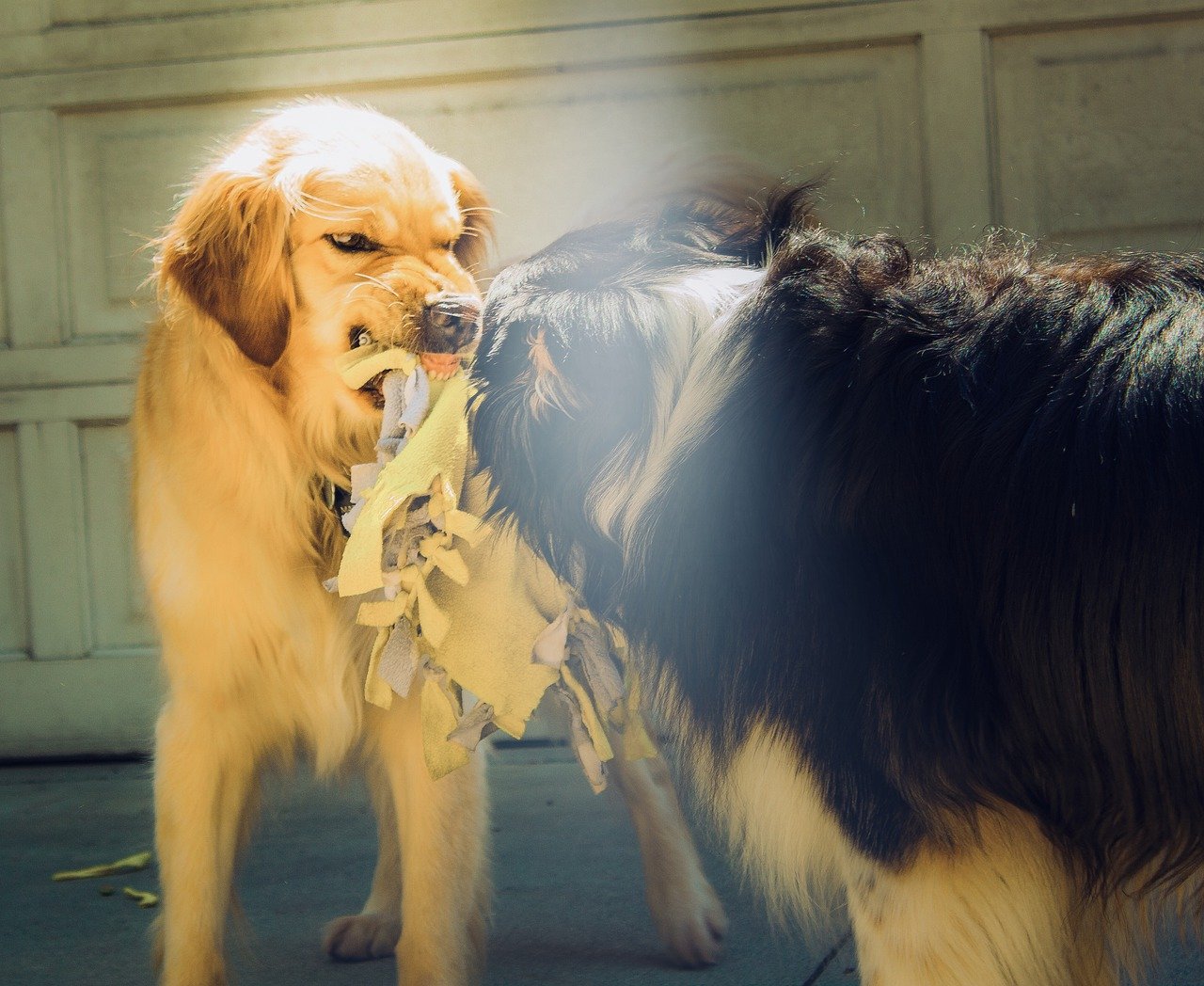 Read More
DDog
Have you ever wondered what makes one dog more aggressive than another?  The US has nearly 90 million… 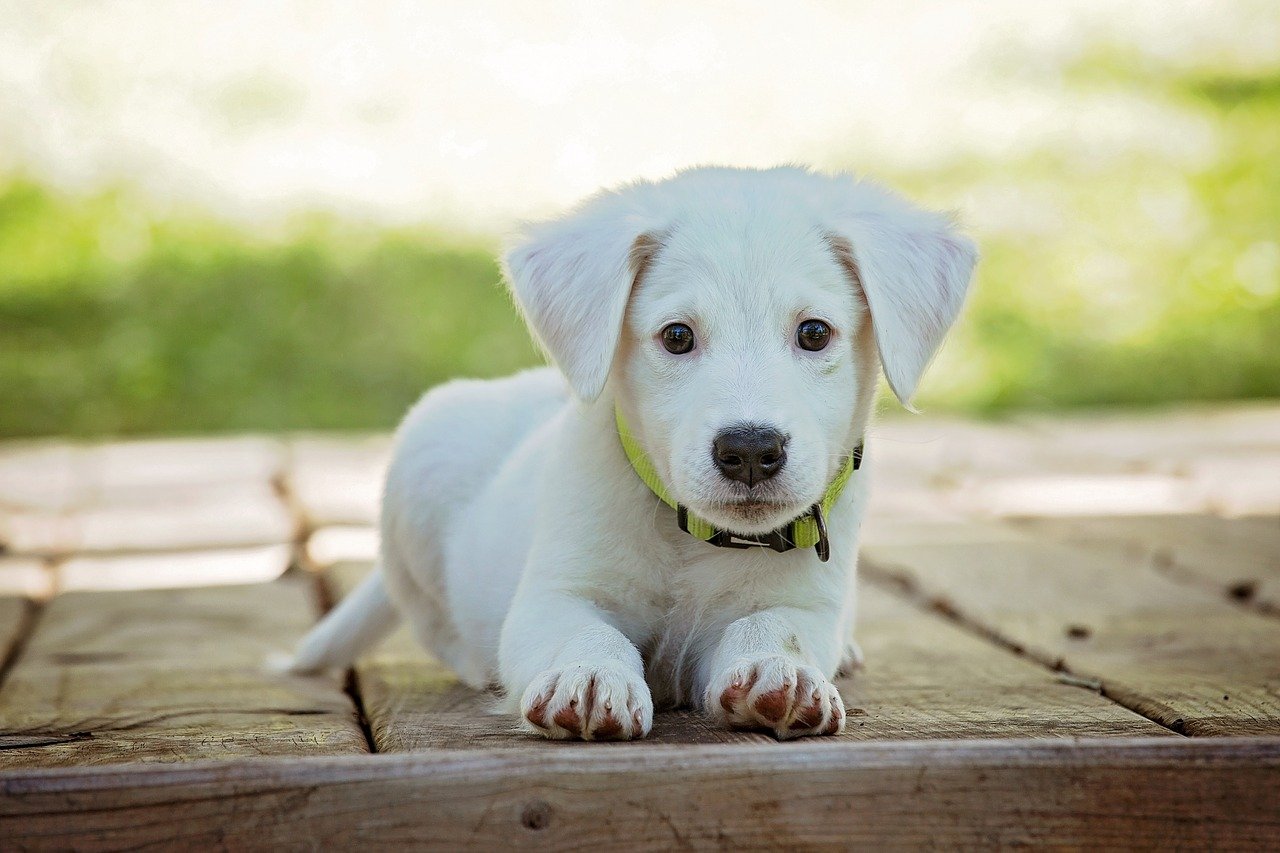 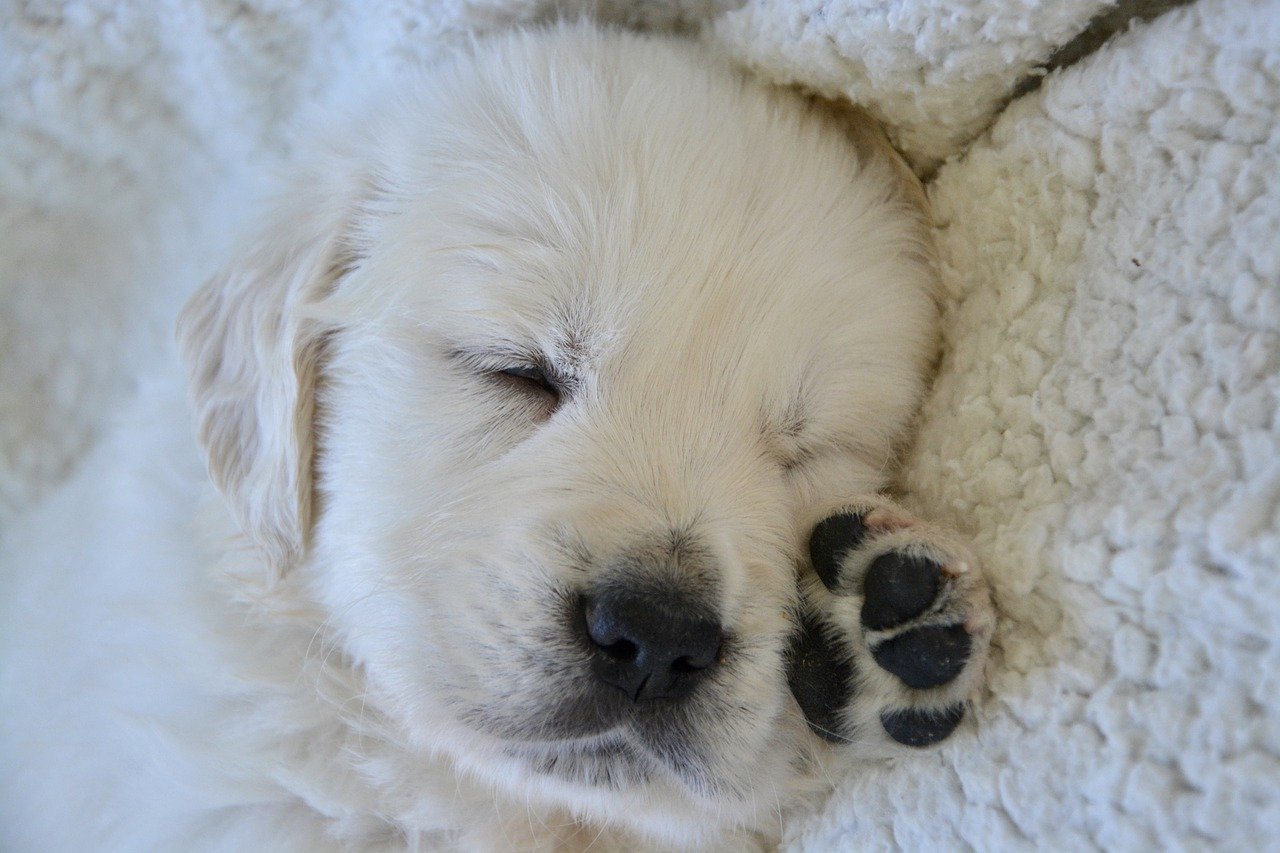 Read More
DDog
Being a puppy parent is hard work. When should I start potty training? What puppy food is the… 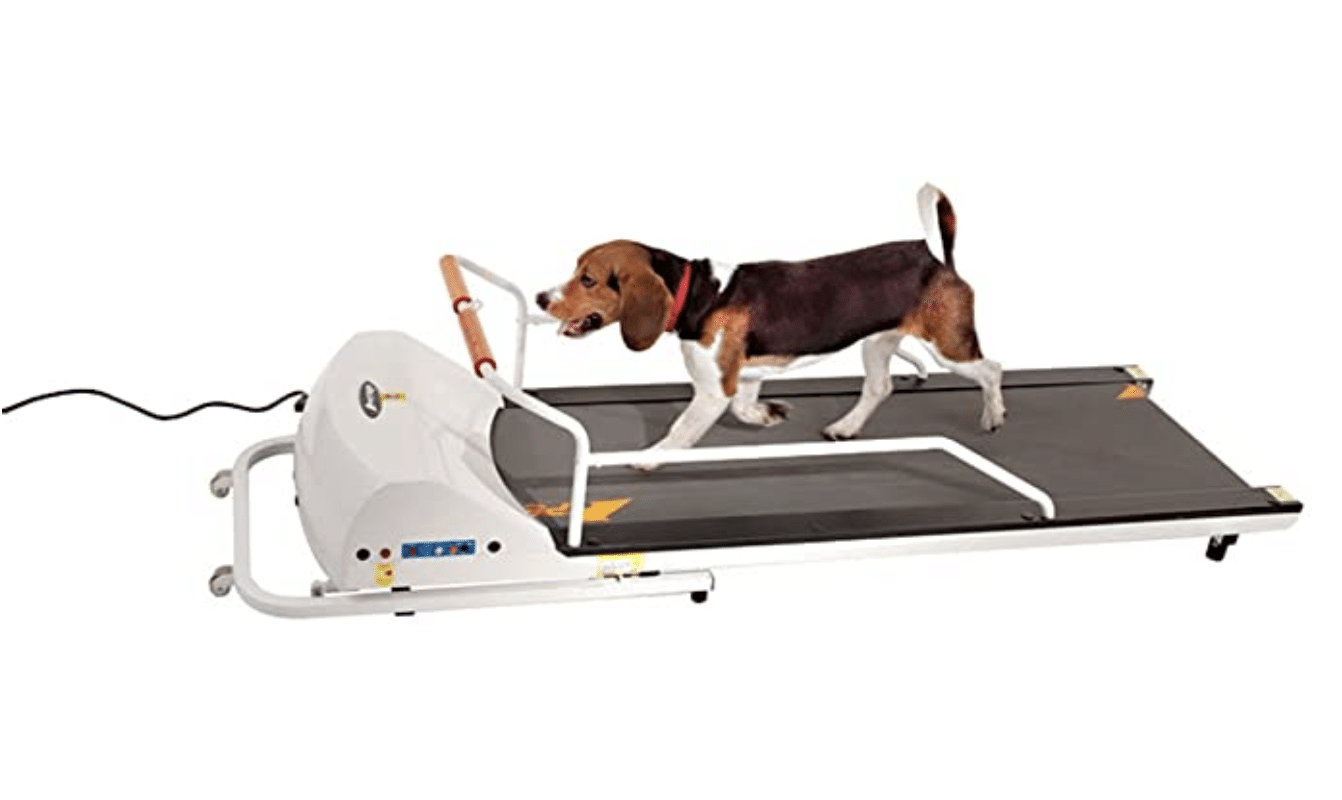 Read More
DDog
Did you know that around 25% of pups in the US are obese? And that’s an entirely preventable…