Astonishing Dog Facts You Need to Know in 2022

For thousands of years, dogs have provided us with companionship. They live, sleep, and even eat with us, yet we’re still clueless about them.

These fascinating dog facts will help you get to know our furry friends and care for them better.

Learning about your pup’s behavior, abilities, and what makes certain breeds unique helps you make better decisions as a dog owner. We hope you enjoy these amazing dog facts.

Here are some interesting dog statistics you may not know.

Guide dogs can complete fascinating tasks for people in need. No wonder our bond with them is so strong.

1. We Train Dogs to Aid Us in Fascinating Ways

As service dog statistics show, some people rely on these puppies daily, and it’s important to remember they’re working animals. Always ask the owner before touching their dog.

We can come up with an endless list of interesting dog facts. Let’s see what we learned about their behavior.

When your puppy’s acting weird, it usually has something to do with its feelings or coping mechanisms. Overall, if you understand your dog’s behavior, you could provide the support it needs.

Puppies give us companionship, so it’s worth reading weird dog facts that help you understand their behavior. You never know; they could teach you something that may change the way you care for your pet.

4. Dogs’ Sense of Smell Can Be as Much as 40 Times Better Than Ours

Our crazy facts about dogs don’t stop here! They’re fascinating animals that see the world completely different from us, so perhaps there’s a thing or two we can learn from them, too.

Here are some unusual and unknown facts about dogs. Keep an eye out for the dog mayor.

5. The Dog’s Nose Is Unique Like the Human Fingerprint

While many perceive dogs to be entirely different from us, these unusual facts about dogs display how similar we are.

6. Yawning Is Contagious for Your Furry Pal Too

Such dog facts prove that puppers will always creep into our hearts.

Studies reveal dogs are among the most loyal pets. They form a bond with their owner through trust and devotion, as you’ll see in our next selection of dog facts.

7. Dog and Human Relationships Have Been Forming Over 30,000 Years

After reading these dog and human relationship facts, you now have a better idea of why we get along so well. There are mental and physical health benefits for both sides.

8. Puppies Are Born With a Nose Heat Sensor to Detect Their Mom

Dogs are one of the most trainable species. Naturally, we found some fascinating information about military and police dogs.

9. Over 2700 Military Dogs Get Deployed Across the Globe

It’s worth going through military dog facts to commemorate the furry pals who bravely serve their country.

(Source: Harlequin Ever After)

As these fantastic police dog facts show, it’s worth training dogs in the line of duty.

Our four-legged friends have helped millions across the globe in the fight against drugs. These astonishing sniffer dog facts show their unique ability to track and aid humans.

German shepherd facts illustrate the breed’s ability to provide comfort and safety to its owners and the public. Some breeds are built for certain activities, if you want to find out what breed of dog you have, try a dog DNA test.

Search and rescue missions use many different breeds, but none of them come close to St. Bernard’s character.

The media also loves St. Bernards. They’re often portrayed with barrels of brandy around their necks, which is awesome but fabricated. Their heroic nature and countless rescue endeavors make them everyone’s favorite.

These fascinating St. Bernard dog facts display the breed’s kind-hearted nature and willingness to help those in need.

Before we finish up, let’s have a look at some super interesting facts that are sure to put a smile on your face.

If you think you know everything about dogs, we’ll be surprised if you know the following fun facts.

How cool is that?

Every dog breed is unique in its own way. That`s why there are many exciting facts related to different breeds.

16. After the World War II, the American Bulldog was On the Verge of Extinction

These interesting facts about dog breeds will keep the conversation going for sure.

17. The Largest of All Terrier Breeds is the Airdale Terrier

Tall, chubby, tiny, skinny – it doesn’t make any difference because we love all shapes and sizes of dogs!

Dog behavior may not make sense to us all the time, but it can tell a great deal about its feelings. In the end, man’s best friend isn’t that different from us — they dream, get jealous, and are also social creatures.

Have you ever wondered how many dogs are out there? The answer’s not simple.

We hope you learned something new about dogs and that you can now appreciate even more the hard work of our furry pals.

1. What is the weirdest fact about dogs?

One of the weirdest dog facts is their ability to smell better than humans. In comparison, the human nose has around 5 million nose receptors, and Dachshund`s nose has 125 million. But not so surprising is that a pup’s brain is primarily dedicated to smells.

2. What colors do dogs see?

Dogs can distinguish colors like yellow, blue, and some shades of gray. The colors of the rainbow through a dog`s vision would be dark and light yellow, dark and light blue and grey.

3. What are dogs saying when they bark?

The meaning behind a dog`s barking is a warning, distress, or invitation. Sometimes you cannot stop your dog from barking because it is happy to see you, and who can blame them for that.

19 Poodle Mixes That Will Warm Your Heart 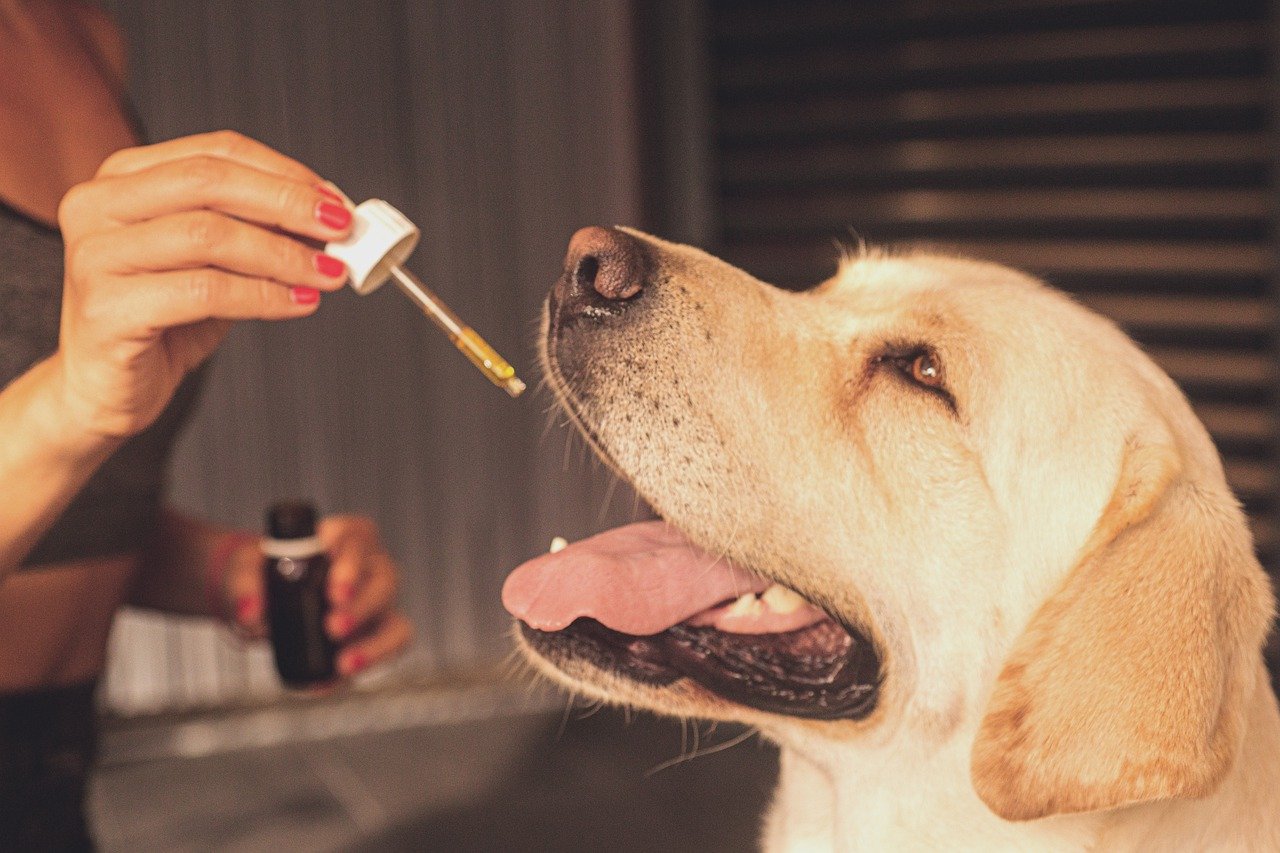 Read More
DDog
Side effects of CBD oil in dogs are rare but not impossible to occur. The most common ones… 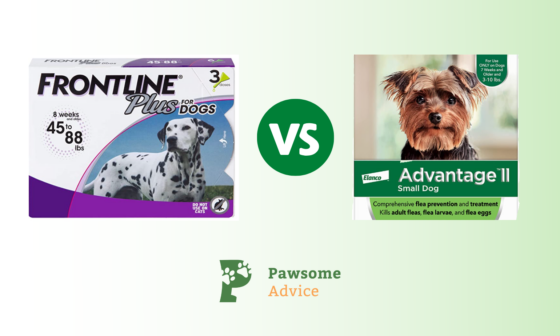 Read More
DDog
Fleas and ticks love residing in your pet’s fur, especially during the warm summer days. This might be… 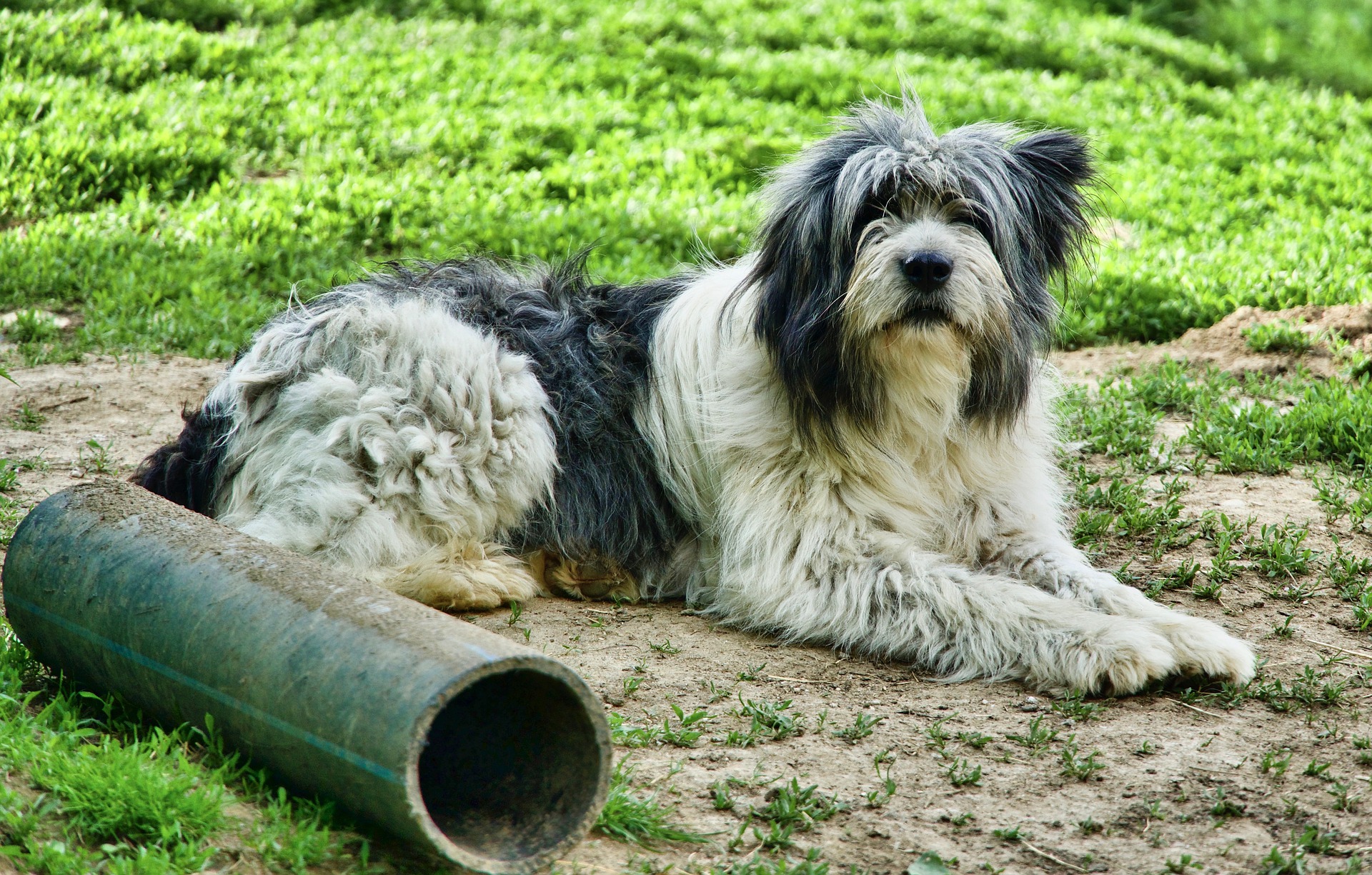 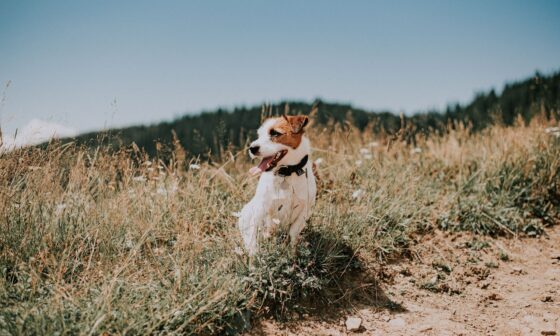 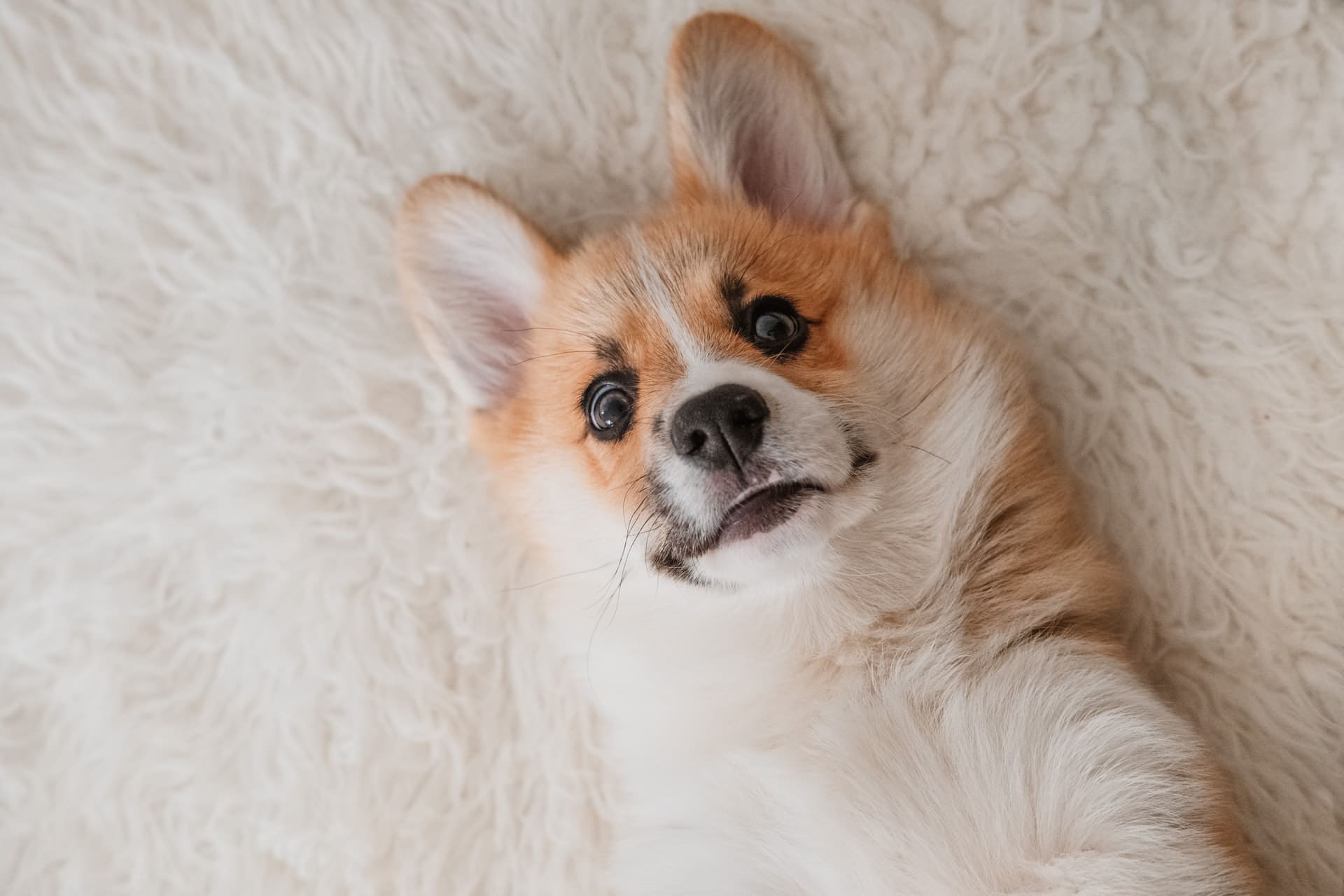 Read More
DDog
If Corgis are good enough for the Queen, that’s a statement for these beautiful dogs all in itself.… 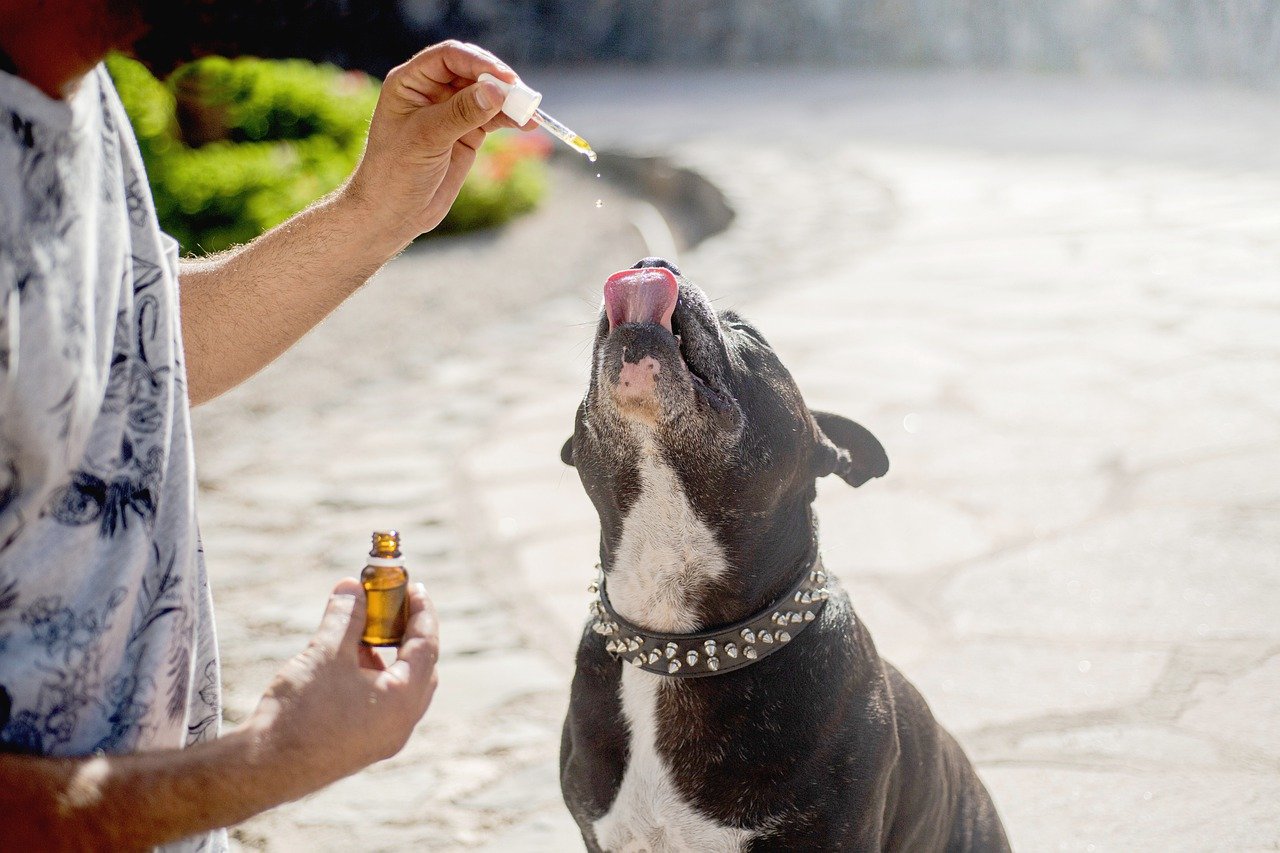 Read More
DDog
What’s the difference between hemp oil vs. CBD oil for dogs? We’ve been wondering that for quite a…