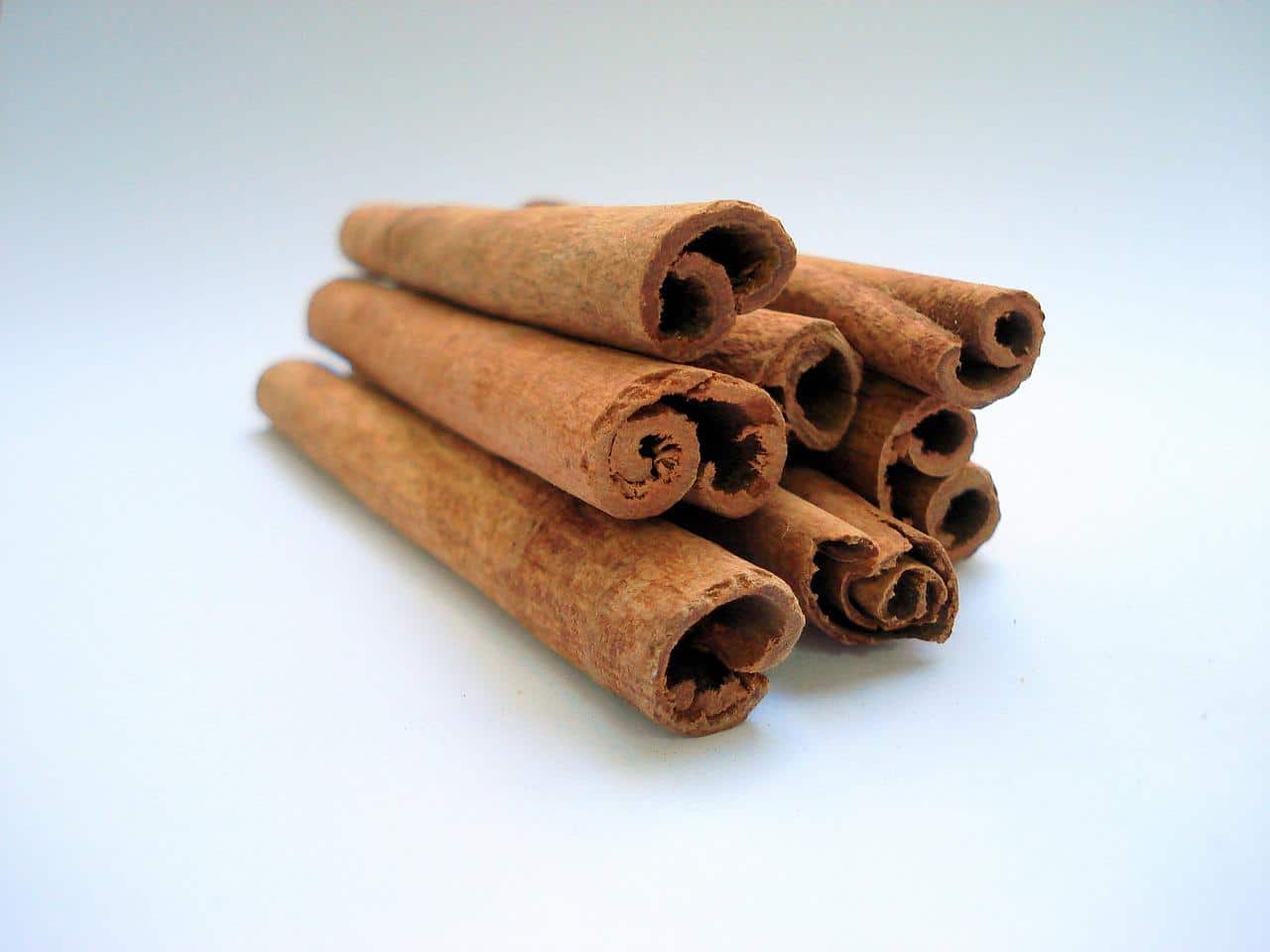 Can Dogs Have Cinnamon, and How Much Is Too Much?

Don’t you just love that sweet, flavorful cinnamon aroma? Whether you like it sprinkled on a hot drink or some baked goods, it surely warms your heart and makes you feel cozy.

But can dogs have cinnamon? Should you worry if your dog eats one of your cinnamon rolls or gets into the spice rack?

The good news is that cinnamon isn’t toxic for dogs, as long as it’s in small amounts. The spice can even be beneficial since it has anti-inflammatory and antibacterial properties. So, next time you’re wondering whether to include it in your dog’s diet or not, don’t hesitate.

Keep reading to find out:

Cinnamon is a famous spice coming from the inner bark of a small tree called Cinnamomum. After drying, the bark is rolled into sticks (aka quills) or grounded into a powder.

There are four types of cinnamon, but Ceylon and Cassia are the most popular:

Ceylon or “true cinnamon” comes from Sri Lanka. It has a light brown color and tastes sweeter. The benefits of Ceylon cinnamon for dogs are vast, and it’s the best choice for your pet since it only contains trace amounts of coumarin. That’s a harmful compound for the liver if consumed in large quantities. This cinnamon is rare, so the price is higher.

Chinese cinnamon is the cheaper option. It comes from Indonesia and China.

This type has a darker color and a more powerful aroma. But you shouldn’t give it to dogs because of its high levels of coumarin.

Is Cinnamon Bad for Dogs?

Cinnamon isn’t toxic for dogs, but it doesn’t come risk-free. You can even find a dog-friendly cake recipe with this spice.

You don’t have to go into full panic mode if your furry pal breaks into the pantry and feasts on cinnamon. The consequences won’t be fatal, but some uncomfortable side effects may occur.

While a bit of cinnamon powder now and then won’t hurt your pup, inhaling a lot can lead to:

So, try to keep your spices away from its reach.

Also, you might want to check if your dog is allergic to cinnamon. Look for obvious symptoms like:

If you notice any of the above, go to the vet for prescribed meds and purchase dog food that helps with allergies.

Cinnamon sticks are also bad for your pup. Chewing them can cause stomach and mouth irritation. Last but not least, cinnamon overdose leads to:

Can Dogs Have Cinnamon in Small Quantities?

How much is too much?

To avoid harmful health effects and get the benefits, it’s crucial not to go overboard with cinnamon. Like any other supplement, moderation is key.

For most dogs, a teaspoon is enough to boost their health, while more can cause problems. But you should also keep in mind that smaller breeds should consume even less.

Can Dogs Have Cinnamon Rolls?

The small amount of cinnamon in most baked goods usually won’t hurt your dog. But you should look into all the other ingredients that might be harmful.

Some common dangerous ingredients for dogs include:

It’s best to avoid sharing cinnamon rolls with your dog if you’re not 100% sure about the other ingredients.

Still, if your dog somehow manages to sneak a bite while you’re not watching, it shouldn’t be a big deal. But make sure to watch your dog closely for possible side effects.

Benefits of Cinnamon for Dogs

The spice offers plenty of health benefits for humans, but what does cinnamon do to dogs? Is it beneficial for them, too?

It can be. A sprinkle of cinnamon powder will add flavor to your dog’s meal and provide some pawsome health benefits.

For decades, people have used cinnamon as a home remedy for senior dogs struggling with arthritis. The spice is well-known for its anti-inflammatory properties. It can reduce swelling, manage joint pain, and even soothe muscle soreness.

Another great benefit of cinnamon is improving a dog’s heart performance. One study showed that dogs that had eaten cinnamon had lower heart rates and blood pressure.

Cinnamon is packed with antioxidants that improve brain functions, like focus and memory. So, if your dog is learning some new tricks, cinnamon may be helpful. Plus, it protects your dog from neurological disorders and slows down cognitive aging.

Is cinnamon good for diabetic dogs? If your dog has diabetes, consider adding the spice to its meals for anti-diabetic effects. A pinch of the powder can lower blood sugar levels and insulin resistance, but it’s not a substitute for prescribed medications.

Reduces the Spread of Bacteria, Viruses, and Fungi

Cinnamon is a natural breath freshener. If your dog has bad breath, the spice can be a quick home fix. Also, it can help with tooth decay, mouth infections, and other dental issues.

So if you’re still wondering, “Is cinnamon bad for dogs?” just remember all these health benefits. But keep in mind that a small amount goes a long way, and be careful not to give too much.

A Little Cinnamon Is OK — Nutmeg Is Not

While small amounts of cinnamon for dogs can be a good idea, nutmeg is another story. Although these spices complement each other, nutmeg is a big no-no for dogs.

Nutmeg contains myristicin, which is toxic to dogs. It’s a natural compound found in peyote, dill, and parsley. Depending on the ingested amount, symptoms of myristicin poisoning can vary. They include:

The symptoms usually last up to 48 hours. But it takes a large quantity of nutmeg to cause serious problems for dogs. Another good news is that they don’t like nutmeg. So, even if they break into the spice rack and sniff around the nutmeg container, they probably won’t eat it.

What to Do if Your Dog Eats a Lot of Cinnamon

Is cinnamon poisonous to dogs in large quantities? Luckily, it won’t be fatal for your dog.

Although cinnamon isn’t toxic, large amounts will still cause side effects like vomiting or diarrhea. So, if your dog gets its paws on a whole pack of this spice, the best thing you could do is to call your vet.

While dogs aren’t at risk of dying from cinnamon, too much of it can cause discomfort. Your veterinarian will give you all the necessary information and suggestions to help your dog recover from its spicy snack.

Pumpkin treats for dogs are a big hit, but can you add some cinnamon to them? And do dogs like cinnamon treats? It turns out that they love them.

If your dog enjoys the cozy smell of cinnamon and you want to make a homemade treat for it, there are plenty of dog-friendly recipes online. Baking homemade cinnamon treats are always a great idea as you’ll know exactly what’s in them.

But if baking isn’t your thing, Blue Buffalo Health Bars on Amazon are also an excellent option with pumpkin and cinnamon. Just remember to check the label and stick to the recommended serving amounts.

So, can dogs have cinnamon? They can, and they absolutely love it.

One teaspoon of tasty Ceylon cinnamon in a homemade treat or sprinkled over your dog’s meal will provide many health benefits.

Generally, you should be careful with the amount. If you think your dog ate too much cinnamon, contact your vet as soon as possible. Although large amounts won’t be fatal, a trip to the vet will help your dog recover smoothly recover from potential side effects.

You should also avoid feeding your dog cinnamon rolls as they often contain nutmeg, which is toxic for your furry pal. 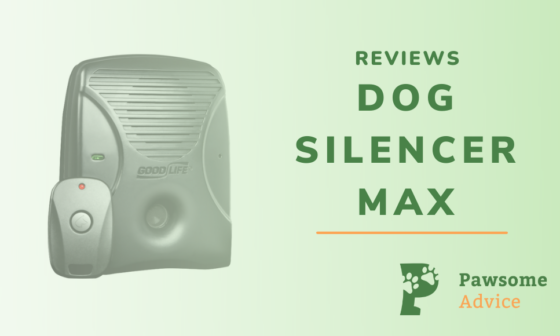 Read More
DDog
Good Life has been making the life of dog owners easier for the last two decades. One of… 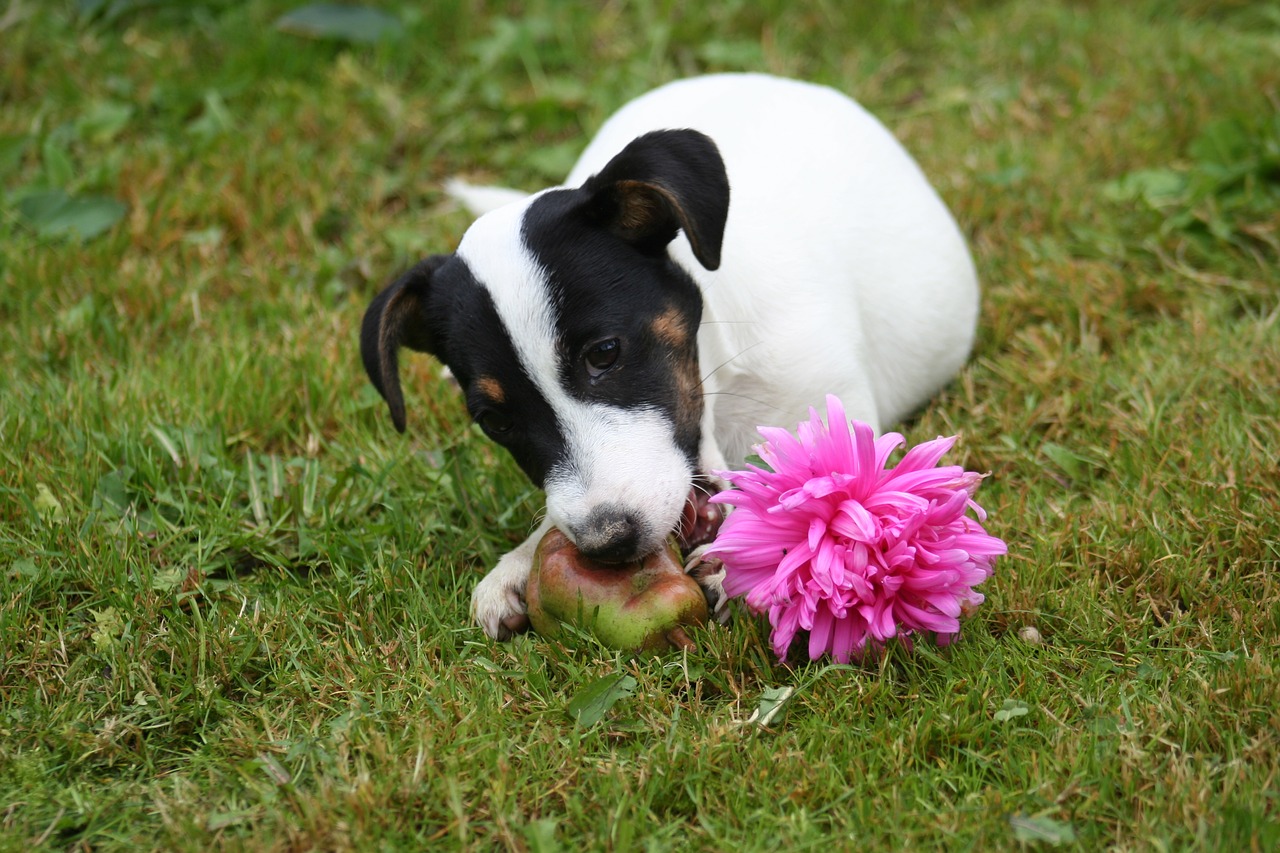 Read More
DDog
Dragon fruit is a tropical delight that grows on cacti plants. The name originates from the leather-like skin… 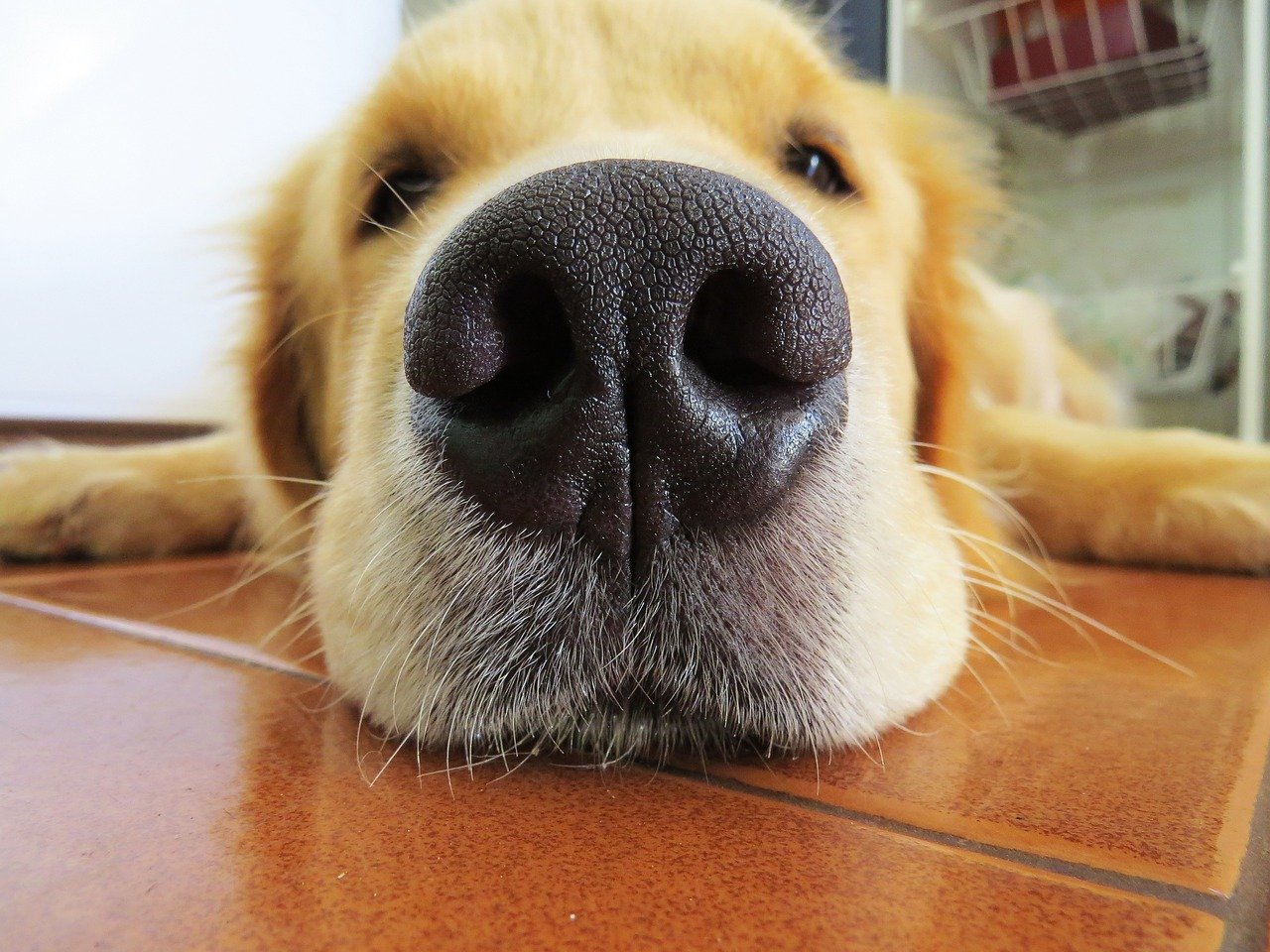 Read More
DDog
Do you want to know more about a specific Golden Retriever mix? You’re not alone. These pups are… 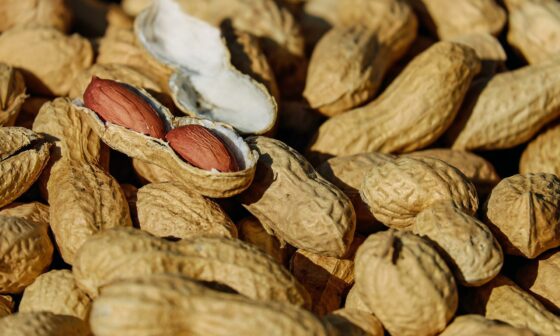 Read More
DDog
Peanuts are a great snack for humans and animals alike, especially in the form of butter. But can… 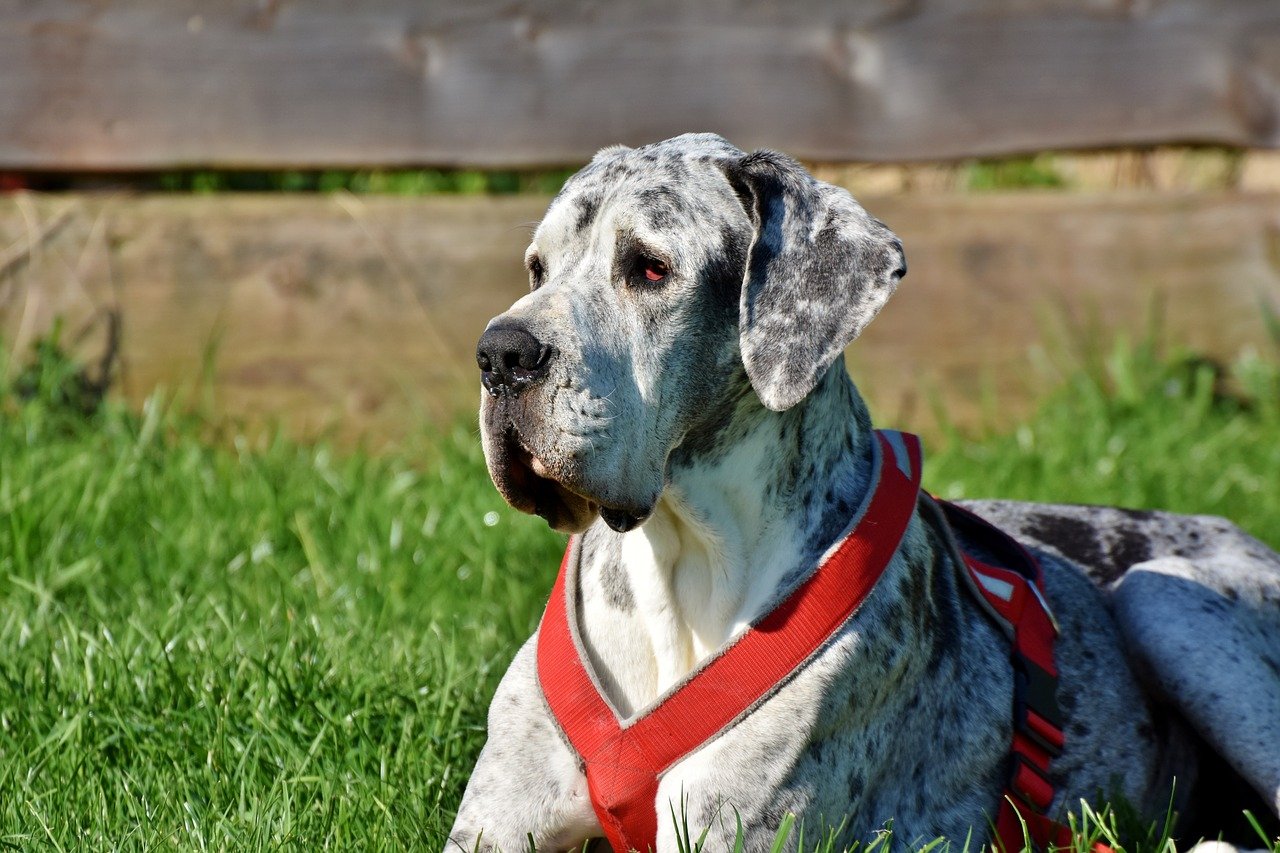 Read More
DDog
What do you get if you cross a powerful and athletic breed with one of the tallest dogs?… 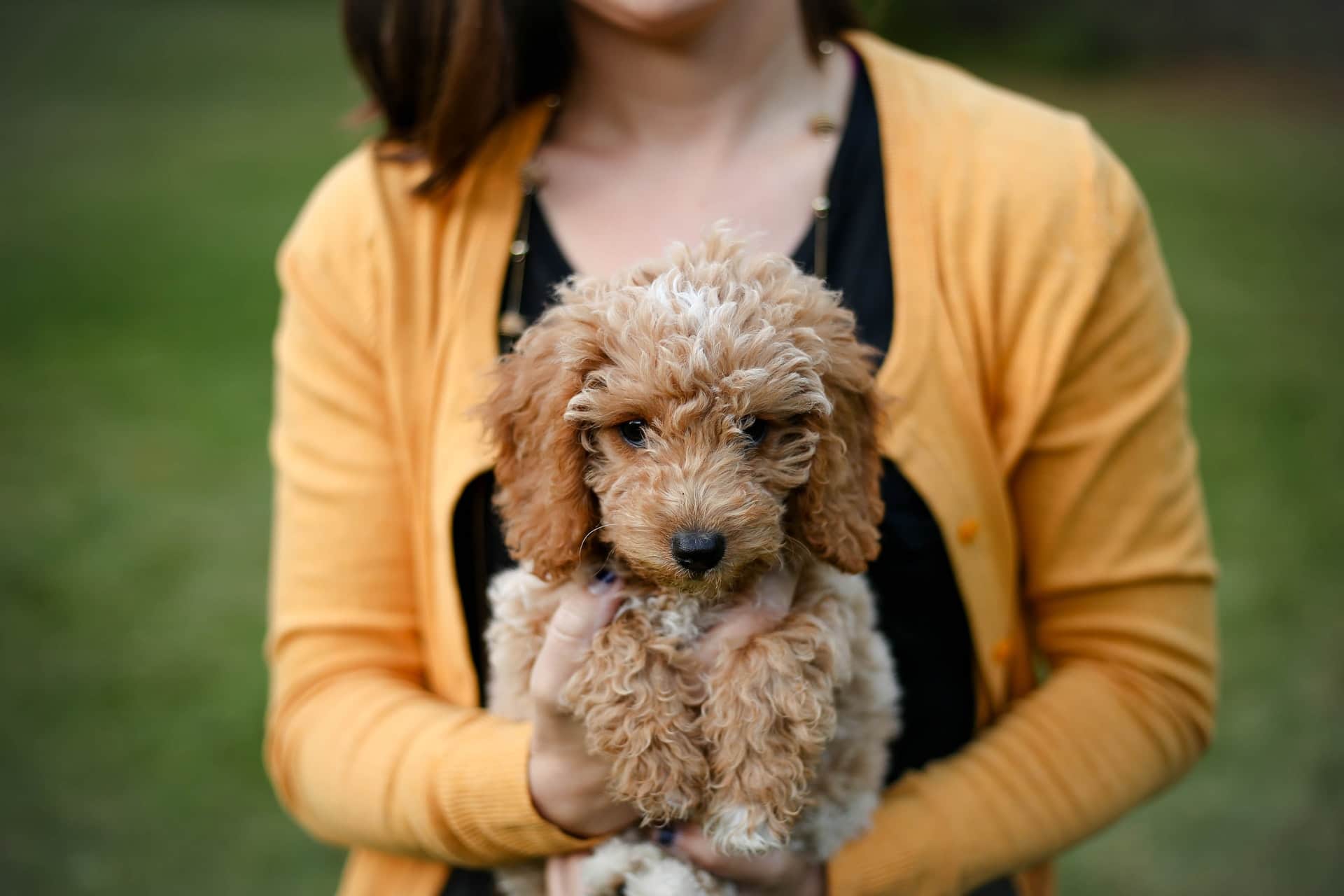