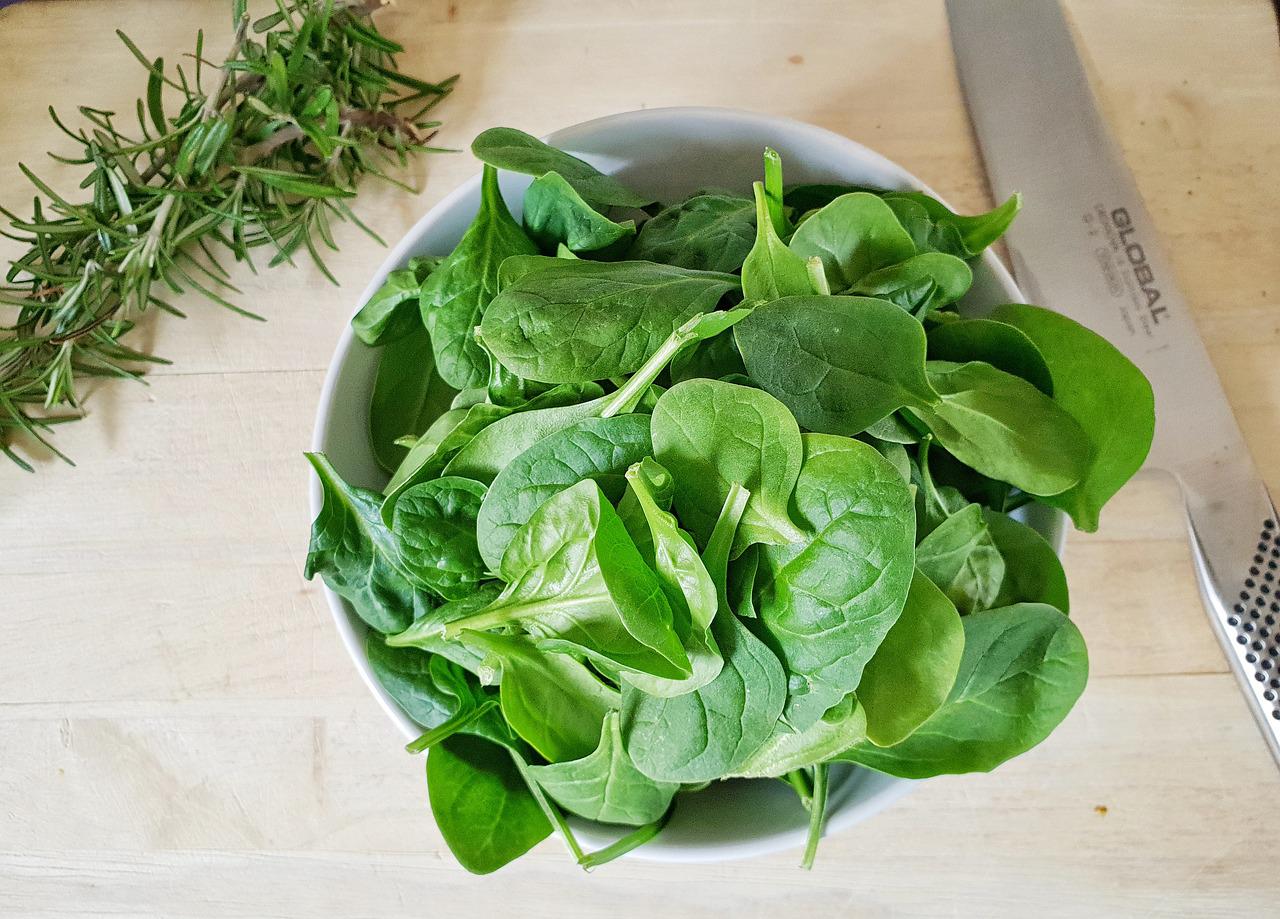 An essential factor that makes you a good dog parent is the food you provide. Highly nutritious food is crucial for your pal’s overall health. That’s why you should know what you can or cannot feed your four-legged friend. After all, not all human foods are safe for dogs.

While enjoying a spinach meal, you might wonder, “Can dogs eat spinach?” Yes, they can, but not every day and not in large amounts.

Spinach has many health benefits but can also lead to health issues for your dog. Let’s learn more:

Is Your Pet a Doggie Version of Popeye?

Dogs are carnivores, and they’re not that much into leafy vegetables. Although they prefer meat, some greens are great for overall health, so it’s good to include them in their diet.

If your furry pal isn’t a picky eater, you won’t have problems adding a bit of spinach to its menu. Just keep in mind that dogs shouldn’t eat spinach every day.

Some dogs don’t even chew the food you give them, but others won’t touch their plate no matter how many expensive brands you try. Here are some breeds that are picky eaters and wouldn’t even sniff spinach:

If your pet isn’t a doggie Popeye and won’t eat spinach, you can always try introducing this veggie in various ways. Get creative and find out what your pal prefers.

For us, spinach is an excellent addition to pasta, soups, and salads. It’s rich in many vitamins and great for human health. And spinach is okay for dogs, too, when prepared properly.

Here’s a list of facts that make this veggie even more popular:

Here’s a list of the nutritional information in 100 grams of spinach, according to the USDA:

But how do all these nutrients improve a dog’s health? Here’s how:

It sounds like a great veggie for your dog, but is it?

The Controversy Around Spinach — Can Dogs Eat Spinach?

Dogs can enjoy the benefits of spinach, but there are some disadvantages. Due to the high amounts of oxalic acid in the veggie, dogs may suffer kidney damage if they consume too much. The oxalic acid doesn’t allow the body to absorb calcium, leading to metabolic imbalance.

Since the kidneys discharge calcium oxalate, if they can’t do their function, that may lead to kidney problems and even kidney failure. So, spinach is bad for dogs in large amounts. If your furry friend has kidney problems, you should consider specific food for dogs with kidney issues.

Dogs with healthy kidneys won’t have issues processing a little bit of oxalic acid. But if you feed them a lot of spinach daily, they may have to deal with oxalate overload, resulting in:

So, dogs shouldn’t eat a lot of spinach, but can puppies eat spinach? Since their kidneys are still developing, they won’t be able to discharge the oxalic acid, which may lead to kidney issues. That’s why you shouldn’t give your furry baby spinach, but you should consider the healthiest food for puppies instead.

How Can You Help Your Dog?

If you notice any symptoms of oxalic acid overdose, you should give your pup lots of water to help it discharge the oxalates from its system. Also, call your veterinarian as soon as possible to see if further procedures are necessary.

So, can dogs eat spinach? Yes, it can be an excellent addition to their diet in small amounts. If you like offering greens to your four-legged friend, you should try feeding it some of the best veggies for dogs. That includes:

If you have any concerns about veggies for your pet, don’t hesitate to consult your vet.

One of the best methods of serving spinach to your dog is steaming. Plus, it takes just five minutes.

Boiling will make the veggie easier to digest, but it’ll lose important nutrients in the process. Still, it’s a good way to serve spinach, and you can give the boiled water to your dog for more vitamins and hydration.

But is spinach good for dogs raw? Veterinarians advise against giving your pup raw spinach because it may lead to issues such as diarrhea, stomach ache, gas, and bloating.

Here are some tips and tricks on how to cook a spinach meal for your furry friend:

Spinach is safe for dogs as long as you don’t include additives such as salt, spices, onion, butter, garlic, oil, or herbs. Some of these are dangerous for dogs and can lead to gastrointestinal problems. For example, onion and garlic are toxic vegetables for dogs.

When you want to introduce a new food to your dog’s diet, always start gradually with small amounts. Also, analyze your pal’s reaction after it eats the food. If it’s okay, next time, you can increase the amount. Just be careful not to overdo it.

Older and larger dogs can eat more spinach than puppies or small breeds. You can feed your companion a bit of spinach every other day or once or twice per week. If you have a small dog, treat it to a bit of spinach once a week to avoid possible health issues.

So, can dogs eat spinach? Yes, they can, but only in moderate amounts and when prepared properly. You need to be careful as the veggie has high amounts of oxalic acid, which can contribute to developing kidney stones or even kidney failure in dogs.

You shouldn’t include spinach in your pal’s everyday meals. It’s best only to give it a few times per week. Always wash the spinach well and chop it. The best method of serving the veggie to your dog is steaming it. Like any other vegetable, opt for organic if you can.

Spinach has numerous benefits, and there’s no reason why your pal shouldn’t enjoy them. Still, you can consult your vet before including it in your dog’s menu.

Husky vs Malamute — Main Differences You Should Know About

Pocket Bully Facts & Everything You Need to Know 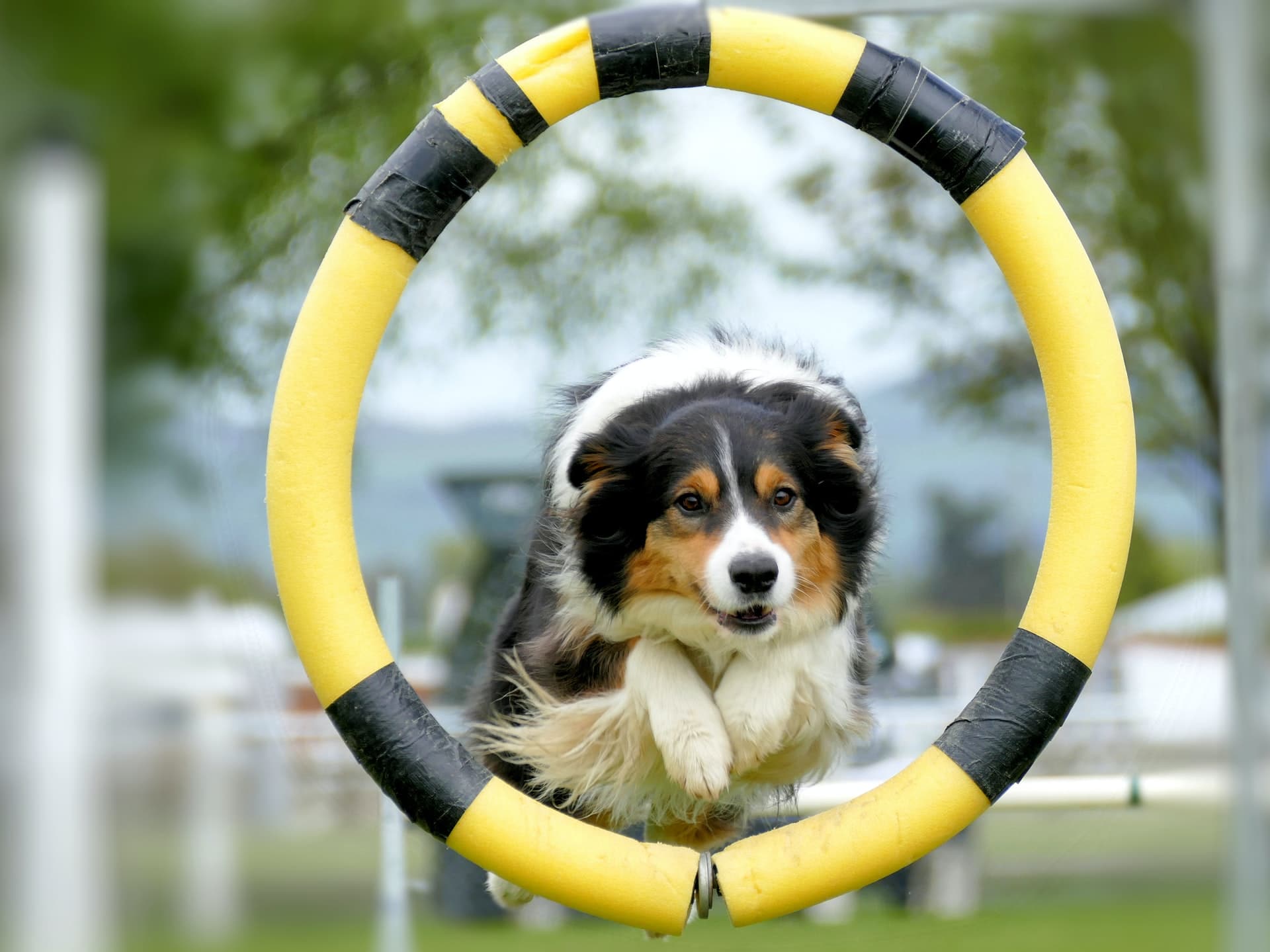 Read More
DDog
In school, teachers always reminded us that the best recipe for health is a balanced diet and exercising.… 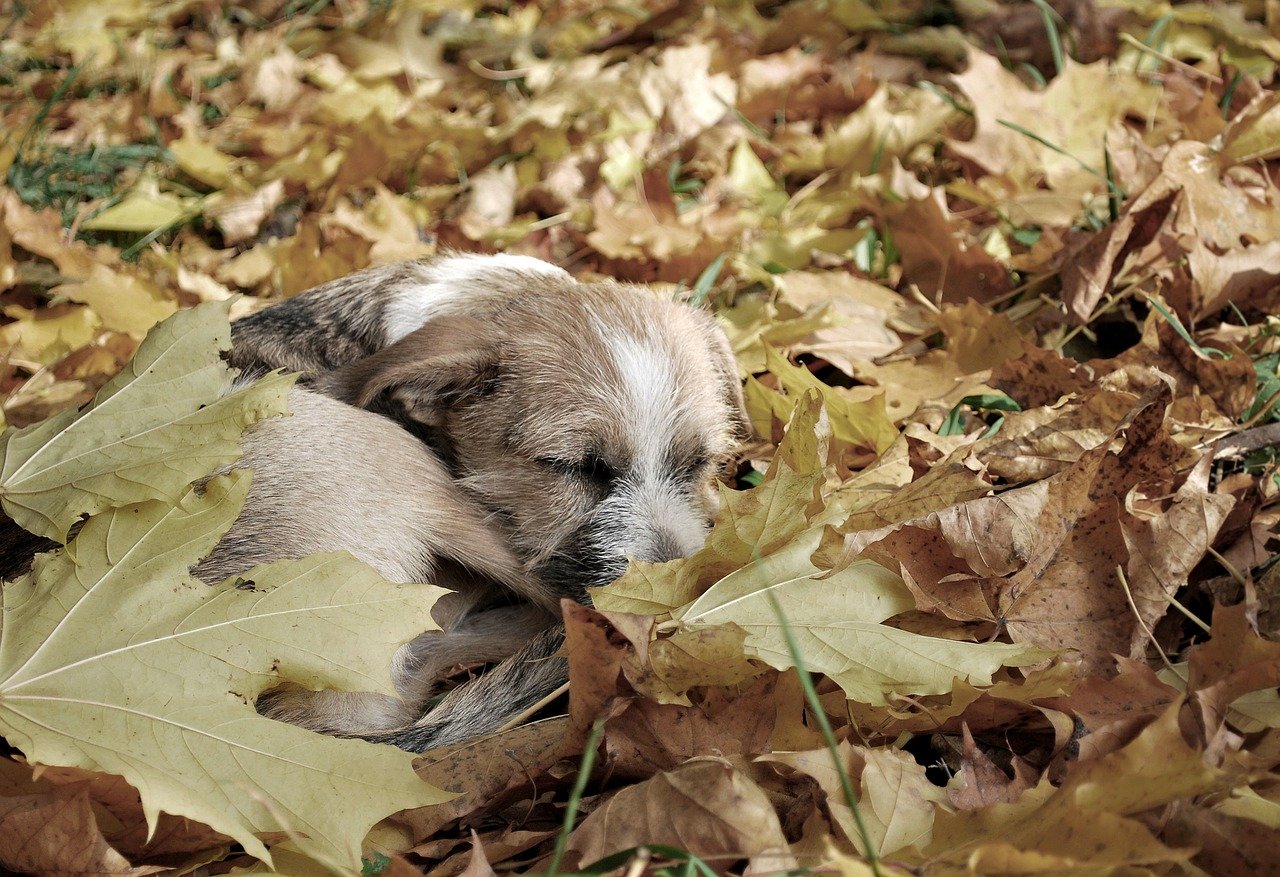 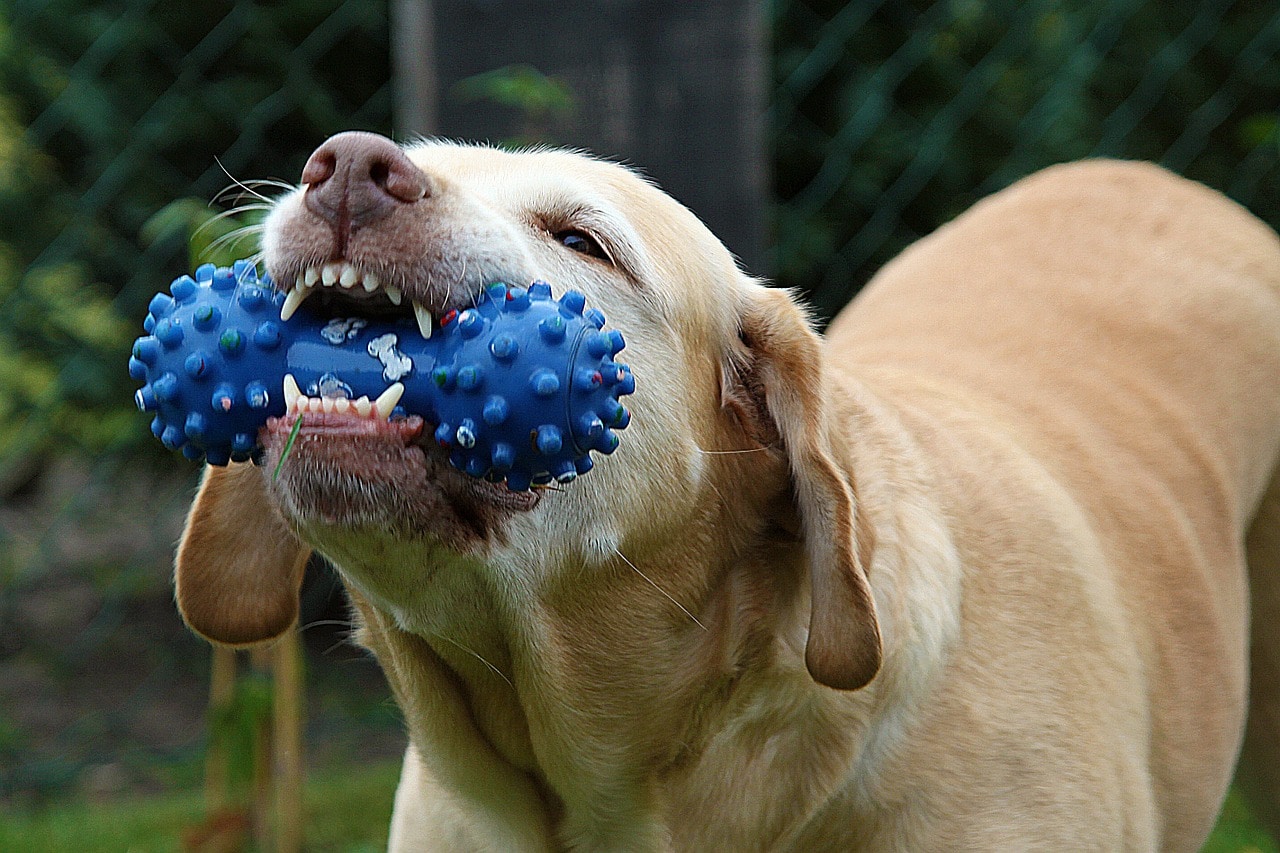 Read More
DDog
If you want to give your dog something to chew on, you’ve probably considered Nylabones. Treats like these… 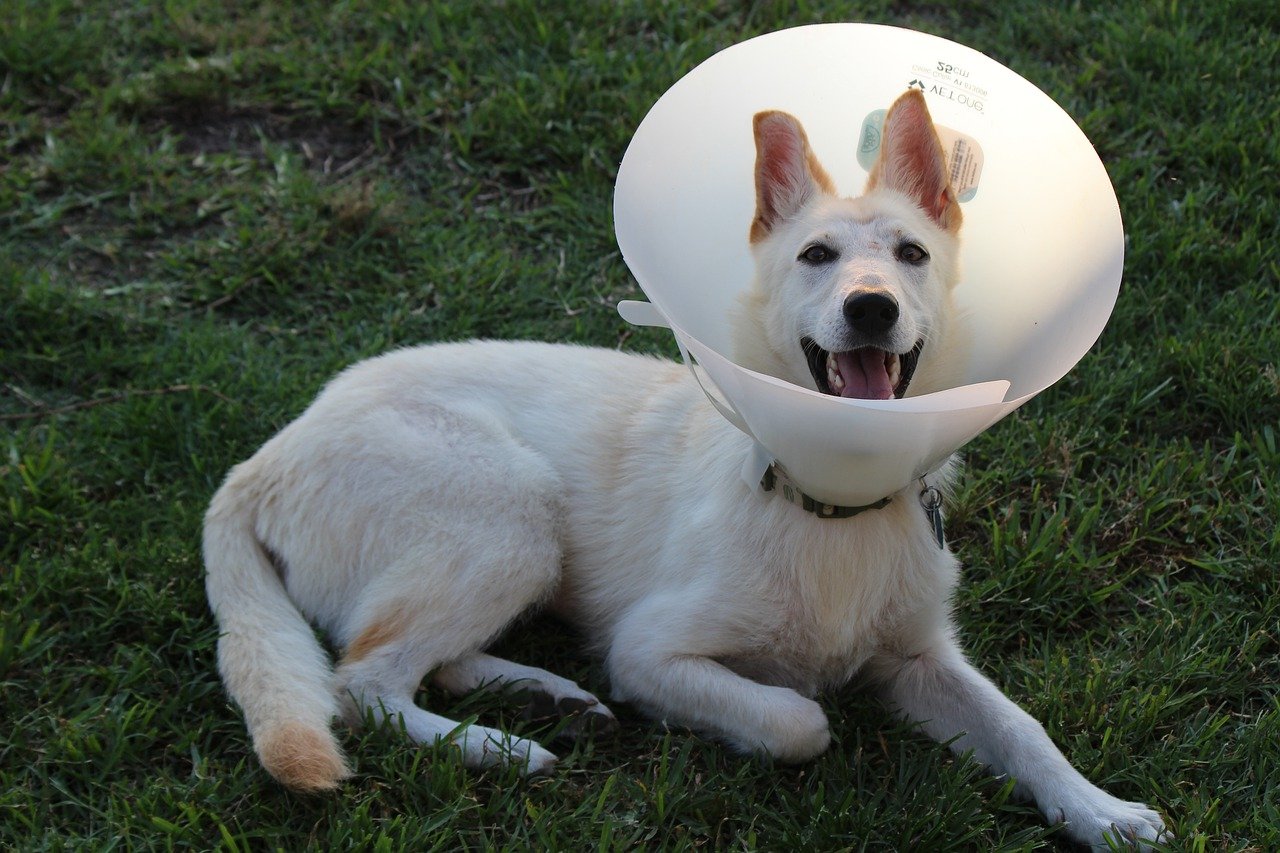 Read More
DDog
How often should I take my dog to the vet? Every responsible puppy owner should know the answer… 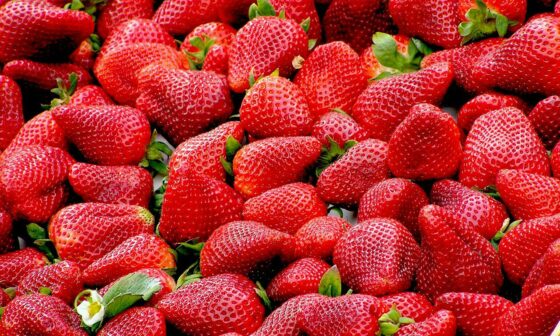 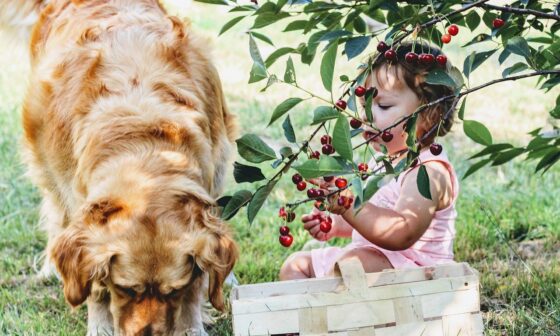 Read More
DDog
Having a cherry tree in your backyard can be a true blessing. These sweet, bite-sized fruits are perfect…