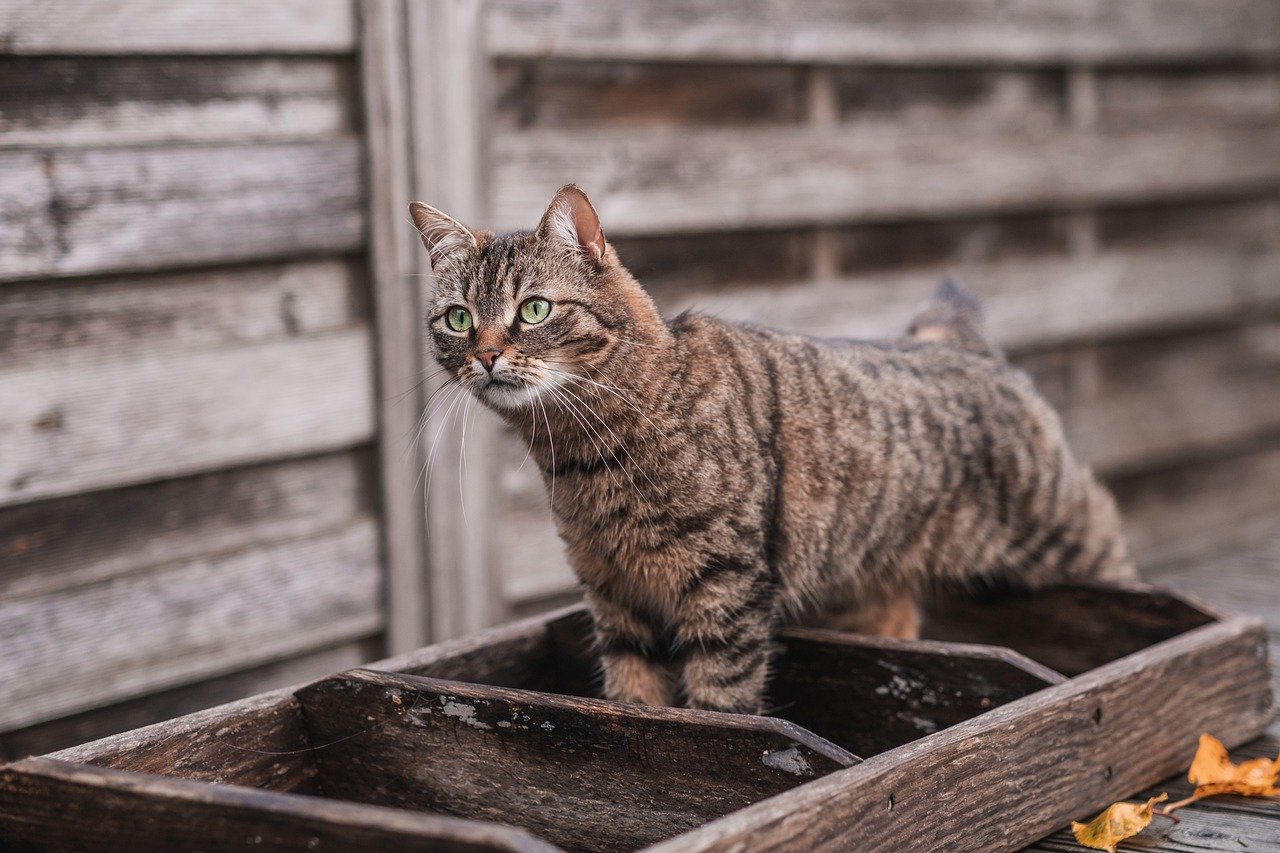 The 19 Best Cat Statistics — Learn All About Felines

Aren’t cat statistics fascinating? Did you know that the US has more cats than any other country?

Sadly, not all stats in the text below are that positive. But being aware of the hardships so many cats face on the streets and in shelters makes people realize the importance of looking after their fluffy besties.

Here are the 10 most intriguing cat stats we could find:

If you’ve been wondering how many cats are there in the United States, we have the answer.

As the country with the biggest cat population, it’s evident that cats are held on a pedestal in the US. But their numbers also have downsides. Most are either feral or stray cats, ending up in shelters each year.

Have you ever wondered how many cats are in the world? Well, we can only give you a rough estimate, but let’s see what we can find.

2. There Are Around 373 Million Domestic Cats Worldwide.

Do you know that quote: “If you want to feel loved, get a dog. If you want to give love, get a cat.”? With so many cat parents out there, we can’t help but smile at how much love we’re ready to give our fluffy friends.

Cat overpopulation statistics show that the lack of castration policies is a massive problem.

3. Around 3.2 Million Cats Enter US Shelters Every Year.

The number of shelter animals clearly indicates that US shelters are overflowing with cats. The sad reality is that even though people mostly take their pets from shelters, cat overpopulation statistics remain an issue.

The trap-neuter-return strategies aren’t enough to prevent the problem. But at least they’re a step in the right direction.

Cat euthanasia statistics paint a horrific picture. It’s a shame that so many perfectly healthy pets get killed in shelters every year. And that’s excluding the stray and feral cats that lose their lives in car accidents.

On a brighter note:

Cat overpopulation is a more significant problem than we can even imagine. According to cat statistics, neutering your kitty can be detrimental to the survival of other species. Since feral cats usually kill for fun and not for food, they can destroy whole ecosystems along the way.

What’s more, abandoned dead animals become food for rats, which can then reproduce in larger quantities.

8. On Average, Three to Five Kittens Are Born Per Litter.

Life’s not easy for feral cats, even if they’re a huge problem for other species. But they’re perfectly capable of finding their own dinner. So we don’t recommend feeding them, which contributes to the overpopulation issue.

If you want to help feral cats — take them to the vet for neutering.

The history of cats tells us that people domesticated cats (or maybe it was the opposite) around 10,000 years ago. Since then, the graceful felines have been our companions for better and for worse.

9. Lost Cat Statistics Indicate That 12–18% Went Missing at Least Once in the Past Five Years.

The shock of your cat escaping or getting stolen is immense. If that happens, always start by searching your whole house and grounds thoroughly as soon as you realize your pet’s missing. One of the interesting facts about cats’ behavior is that they’re excellent at hiding. Sometimes they can spend days just chilling in secluded places.

But if you still can’t find your Garfield, don’t hesitate and notify your local animal control agency or the police.

Have you ever wondered if your cat is genuinely purebred or not? You can find out with the best cat DNA test. Plus, it’ll show you if your kitty has any genetic disorders.

Cat statistics for the UK show that 25% of pets there have insurance. That number is even higher in Sweden — around 40%, so the US pet insurance has a long way to go. The benefits of pet insurance are immense, so hopefully, these numbers will increase in the future.

Our beloved cats are the real rulers of our homes and hearts. These beautiful and independent creatures fascinate us, so let’s show them love by learning more about them.

One of the interesting facts about cats is that they’re incredibly sleepy. But they need a lot of zzz to stay healthy, so no matter how cute they might look, try not to disturb their sleep.

Who doesn’t love cat videos? We’re obsessed with our kitties, and what better way to show our love than to record them constantly. After all, cats do crazy things all the time, like getting high on catnip.

14. Cat Statistics Show That 95% of Kitties Enjoy Being Petted on Their Head.

These are some fun facts about cats. As a dog owner, watching how my dog becomes jelly when I’m petting another dog has always been entertaining. But I didn’t know cats get like this, too.

15. Cats Have Around 45 to 200 Million Odor-Sensitive Cells in Their Noses.

These are some cool facts about cats. On a side note, people might not have such sensitive noses, but a good pet odor eliminator is always a must if you own a kitty.

Seems like sniffing around cat neuroscience facts is a fun thing to do.

Sadly, the world is not all sunshine for our friendly felines. Many aggressive people out there take advantage of tiny animals who can’t defend themselves. Besides, animal abuse is illegal and prosecuted in only a few countries.

If you ever see a person terrorizing an animal, report them to the police. It’s often the only thing you can do, but it can save the little furball.

17. US Cat Declawing Statistics Show Between 20–25% of Cats Have Been Declawed.

Declawing involves removing the bone from which the claws grow. It’s an entirely unnecessary procedure with no benefits for the cat. Quite the opposite, it can be damaging.

It is true that many humane societies have tried banning the procedure with no luck. Hopefully, soon we’ll see change. This dangerous procedure should be stopped, so the cat population in the US can live happily again.

This section is only for brave end adventuristic pet owners. We are talking about the big boys in the cat world. Lions, tigers, leopards, jaguars, and cheetahs belong to the big cat family, known as Panthera.

Many big cats are listed as endangered species because of the effects of poaching, climate change, and habitat loss.

18. In the US Alone, There Are More Captivated Tigers Than in the Wilderness

Wild cat breeds are born to run free in the wild. That`s why keeping them captive should be against the law everywhere in the world. The alarming endangered species statistics show that many big cats are on the verge of extinction. There are no official records of how many big cats are kept captive in the US. Even though it is illegal, many unhealthy big cat breeds are produced due to irresponsible breeding.

Taking care of cats is amazing. But it comes at a cost, which can be pretty high.

Looking after a cat takes a lot of effort and patience, especially in the beginning. So think twice before adopting or buying a pet. After all, there are plenty of stray cat statistics that tell a cautionary tale.

Cat overpopulation is a massive global issue. A big portion of the world’s cats resides in the US — about 58.3 million. These beautiful felines are responsible for the extinction of multiple species of birds, reptiles, and even small mammals.

What’s more, 3.2 million cats enter a shelter every year. 1.4 million of them get euthanized due to a lack of adopters.

Cat statistics raise awareness of the big problems that face the feline world. Without a strategy and science, stray cats will continue to reproduce and contribute to the extinction of other species.

The cats’ mortality rate is around 17,2%, of which 7,6% of cats died spontaneously and 92,3% were euthanized for some reason.

The US is the leading country with the biggest cat population, with 58,3 million pet cats across the country.

Some of the most popular breeds in the US are Persian cat, Somali cat, Exotic shorthair, Scottish fold, Burmese cat, Domestic shorthair, and Siberian cat.

Cat statistics show that grey cats and orange tabbies are favorites among pet owners. Surprisingly, after all superstitions, a recent study shows that many times a black cat is preferable compared to other cat colors.

The Best Austin and Kat Review for Novice CBD Users 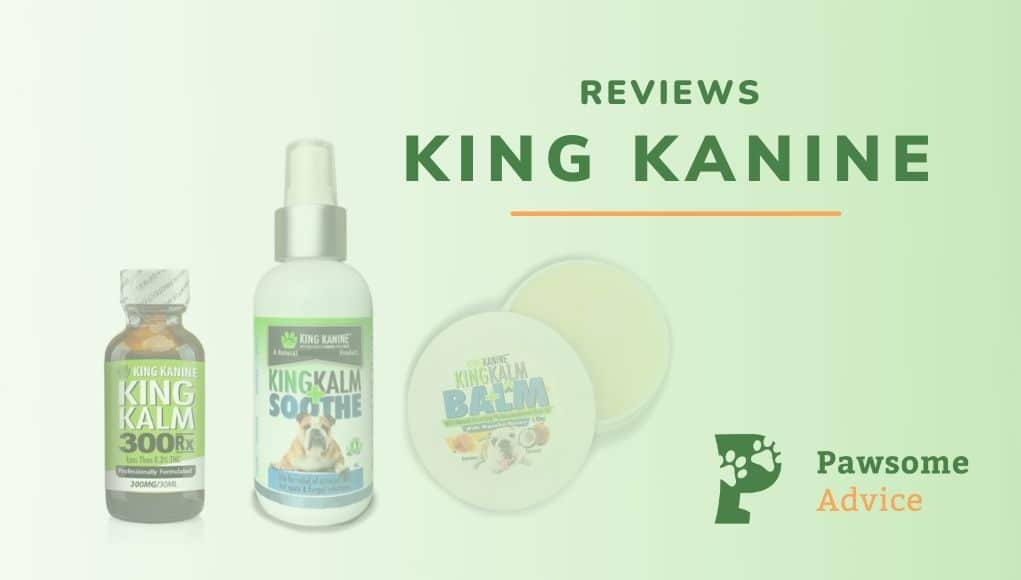 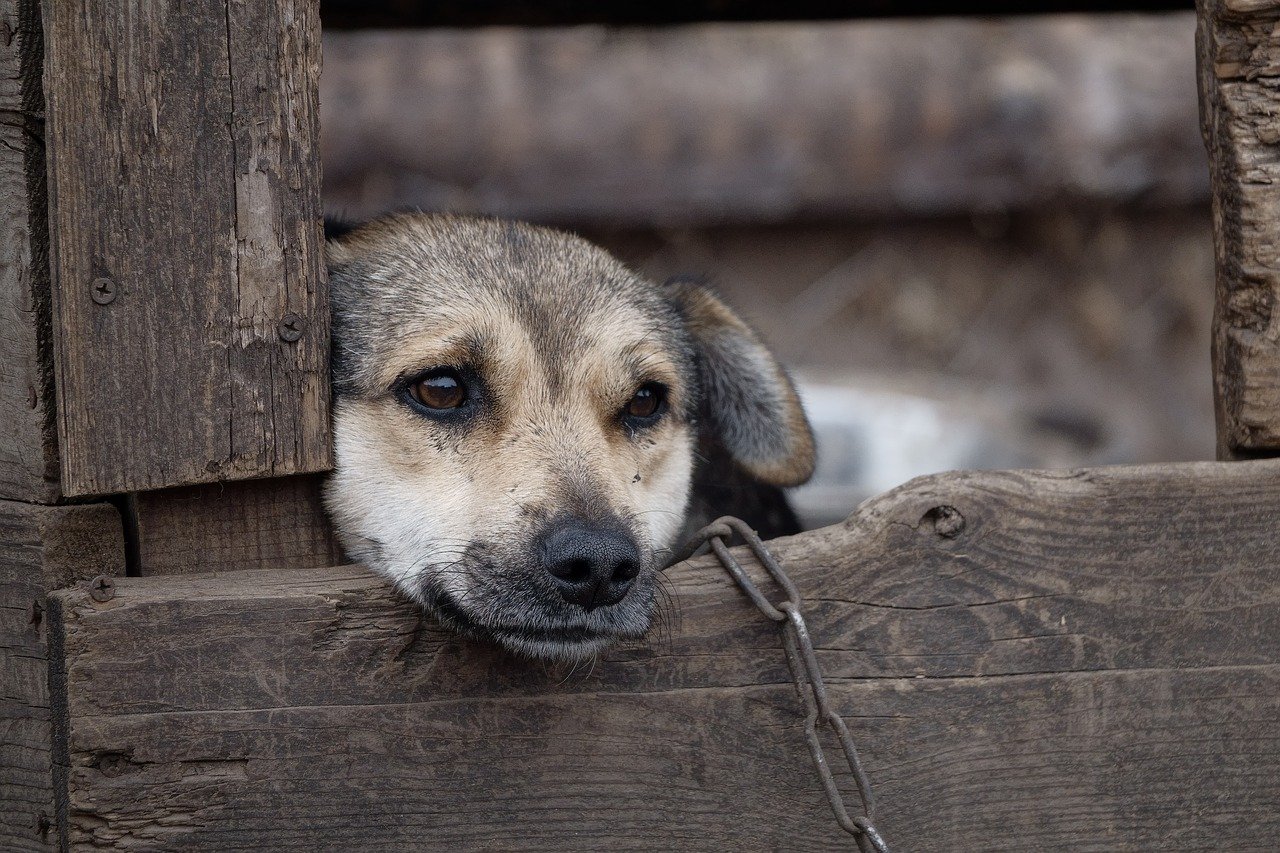 Read More
DDog
Animal shelter statistics are a bit tough to read. But if we all understand what’s going on, our… 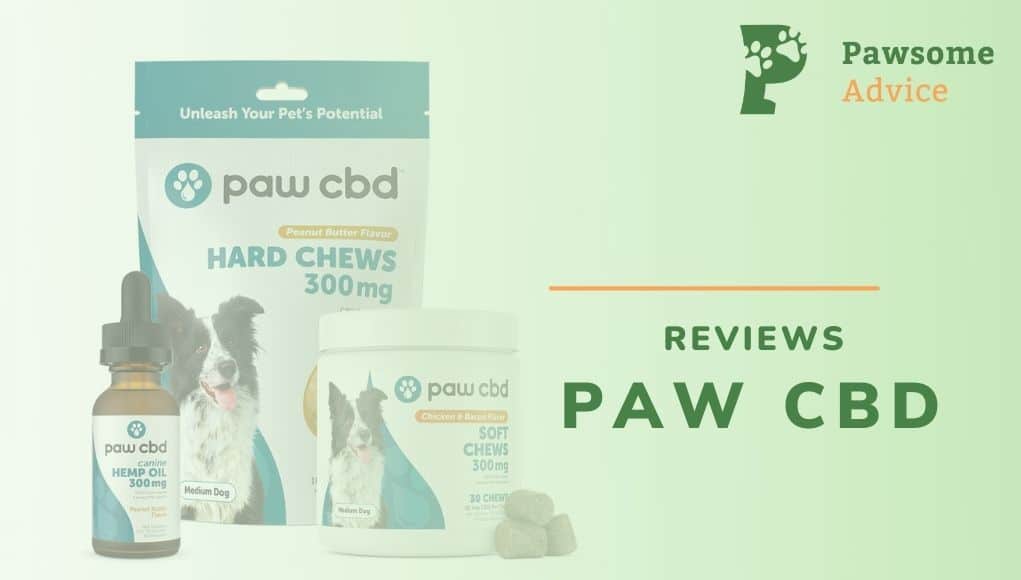 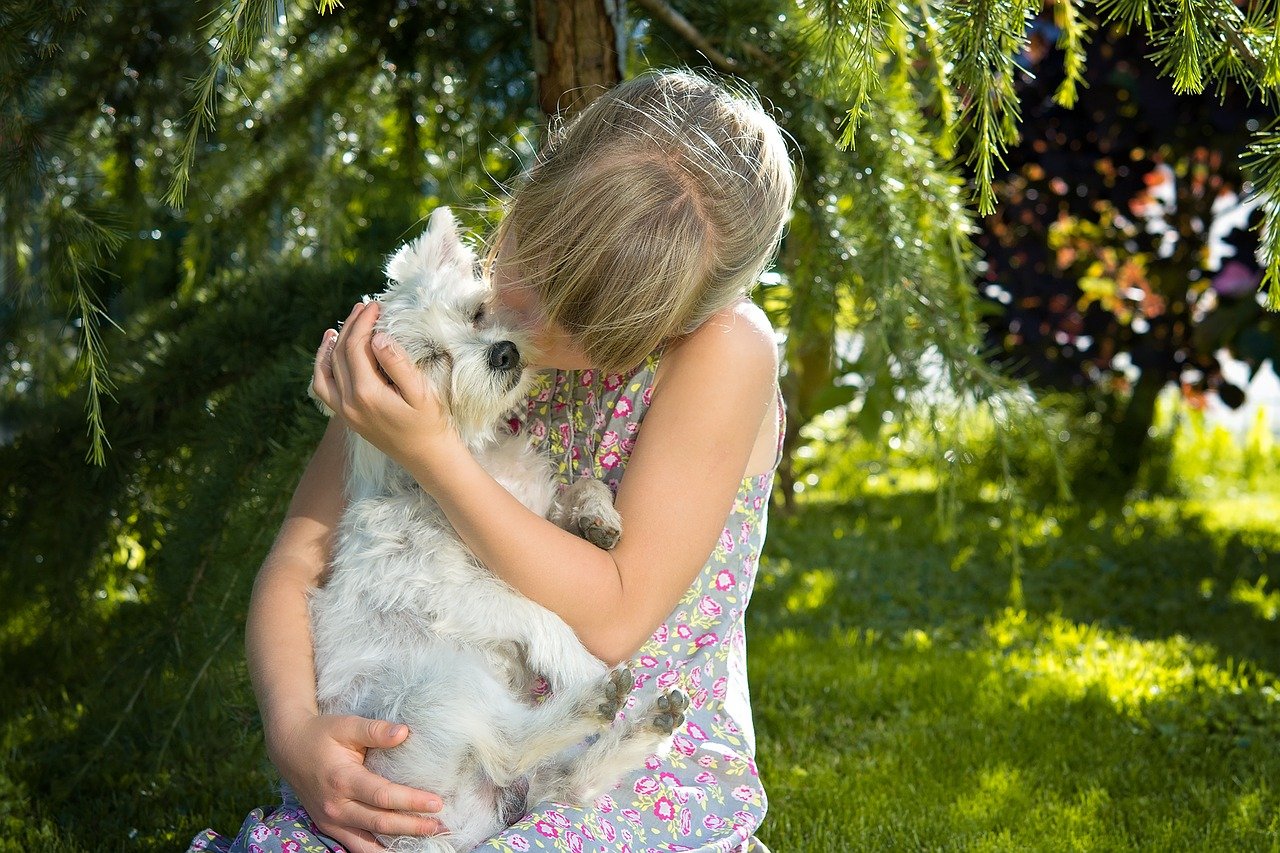 Read More
DDog
Dogs vs cats is one of the oldest rivalries in the world.  Dogs help us when we need… 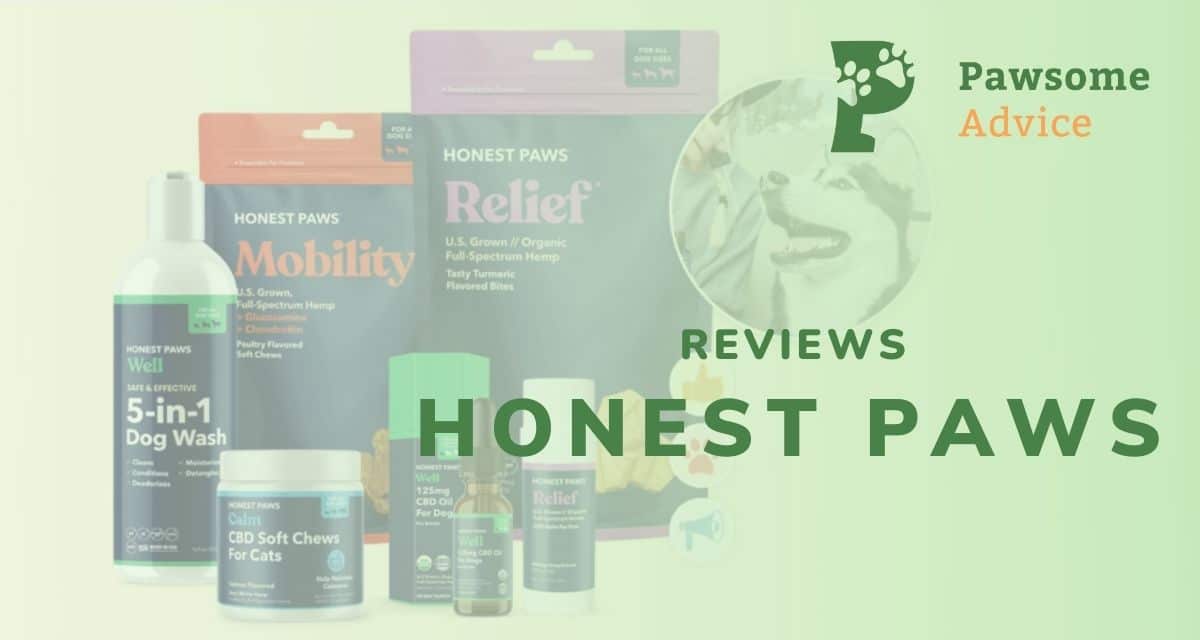 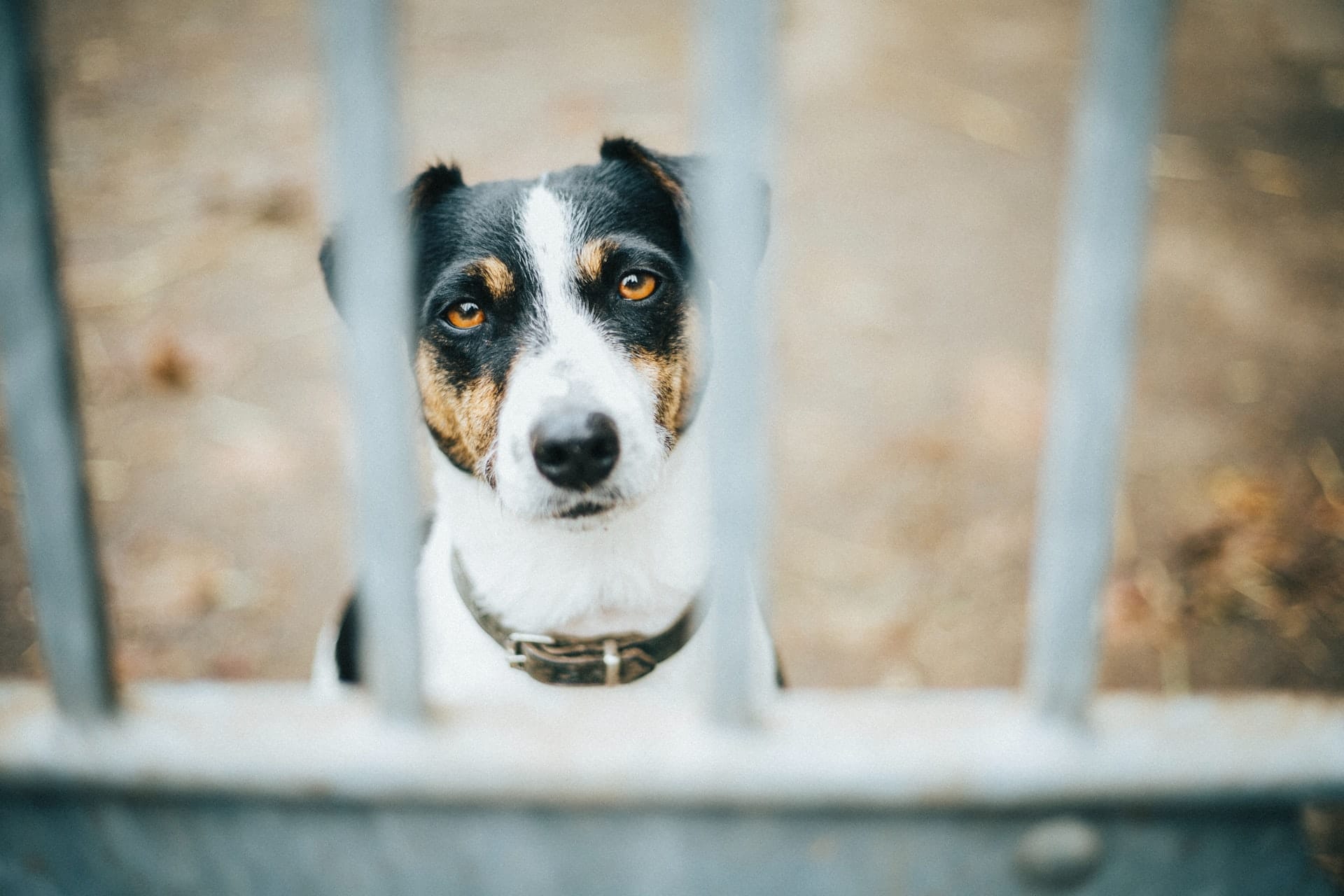 Read More
DDog
Pet scams are among the cruelest cons out there. They take your money and manipulate you emotionally. These…